Mahindra has launched the Verito, a rebadged Logan. That essentially sums up this product. The engines and equipment are no different. The car is very much the same old Logan with flat and boxy proportions.

The roof rails and door cladding haven't helped transform the look. Mahindra is selling a decent number of Logans ever since it slashed prices last year and there' no real need to transform it either. The Verito will aim to continue that momentum until the sub 4-meter variant arrives, which will appeal to hatchback buyers. 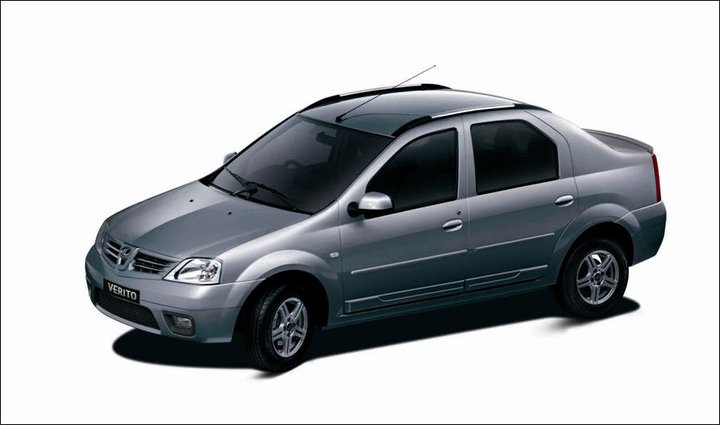 Additions to the Logan which make it the Verito are

April 26, 2011, Mumbai: Mahindra & Mahindra Ltd., a part of the US $ 11.1 billion Mahindra Group, today announced the launch of its sedan - the Verito. The new Verito retains the famed strengths of the Logan, while adding a new style with some key changes. Now equipped with several rugged and sporty styling elements, the Verito is all set to be the most exciting buy in the entry level sedan category for Indian consumers. It is competitively priced at Rs. 4.82 lakh (petrol BS3 version) & 5.62 lakh (Diesel BS3 version). The BS4 compliant version is also available for BS4 markets.

Verito which is derived from the Latin word ‘Veritas’ means truth and goes with the overall image of an honest, sensible and dependable car.

Powered by the Renault engine, the Verito is a sedan which remains true to itself and the consumer by offering the unique proposition of space, mileage and performance along with style. The exterior of this car is quite unique with ski racks and side cladding, which are available for the first time on a sedan in the Indian market. The chrome rear appliqué and rear spoiler increases the car’s premium quotient and gives it a distinctive look at the rear. These new additions on the exterior align with the tough, rugged and sporty DNA of a Mahindra vehicle.

On the performance front, the Verito retains all the strengths of the Logan. The new Verito offers the same Renault drive train with the option of a 1.5 DCi CRDi diesel engine or 1.4 MPFI petrol engine. Equipped with this, the Verito offers an amazing 21.03 KMPL fuel efficiency (diesel mileage as per ARAI). The Verito remains the broadest car in its segment, offering unmatched cabin space. It also boasts of a spacious seating capacity and a boot space which is one of the largest, with 510 litre capacity.

Similar to the Logan, the Verito offers a host of safety and technology features like ABS with EBD, Driver Airbag, head restraint for all seats, side impact beams, driver information system etc. Further, a long wheel base of 2630 mm ensures a very smooth ride even on Indian roads.

Mr. Rajesh Jejurikar, Chief Executive, Automotive Division, Mahindra & Mahindra Ltd. said “The Verito, with its unique value proposition aligns with the Mahindra DNA of offering tough, rugged and sporty vehicles. For the first time, we are using social media platforms to unveil a new product, reflecting alternative thinking. The earlier Logan will continue to get complete service and spares support from us.”

Features of the Verito

The Verito has several new features which include: