Mahindra has unveiled the Mahindra TUV Stinger concept at Auto Expo 2018. This concept is the first Indian convertible SUV. 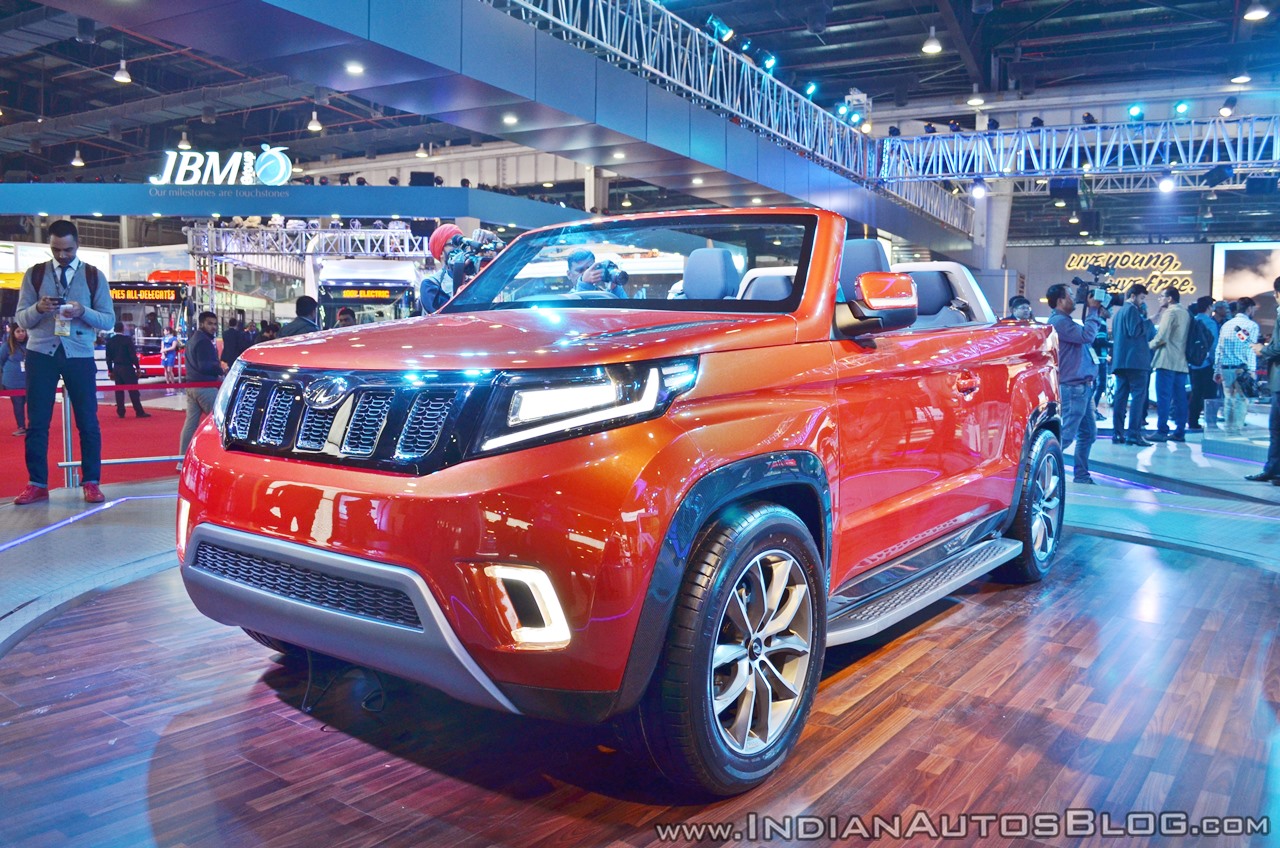 The Mahindra TUV Stinger concept differentiates itself from the production Mahindra TUV300 with a number of design changes. At the front, the concept features gloss black grille flanked by sleeker headlamps with LED lighting, a differently designed bumper and C-shaped fog lights. On the sides, there are gloss black fender flares, bigger wheels, uniquely designed mirrors with integrated turn signals and side steps. At the rear, the convertible version gets uniquely designed tail lamps, bumper and tailgate and C-shaped fog lights. The tail lamps of the concept have LED lighting.

The interior of the Mahindra TUV Stinger concept is entirely different from the Mahindra TUV300. There’s a virtual instrument cluster in place of a twin-pod analogue unit, a smaller, two-spoke steering wheel with flattened top and bottom and a touchscreen display in front of the gearshift lever for selecting the drive mode. Along with jet fighter-like switches and vertical air vents, it looks like there’s an iPad functioning as the central display in the centre console. The Mahindra TUV Stinger concept is powered by a mHawk engine that produces 140 bhp and 320 Nm of torque. The maximum power and maximum torque figures hint that the engine in question is the 2.2-litre diesel unit from the Mahindra Scorpio. Mahindra has not confirmed the convertible SUV for production.