Mahindra has unveiled the Mahindra e-KUV100 at Auto Expo 2018. The country’s “first electric SUV” is the brand’s third EV after the Mahindra eVerito and Mahindra e2oPlus. 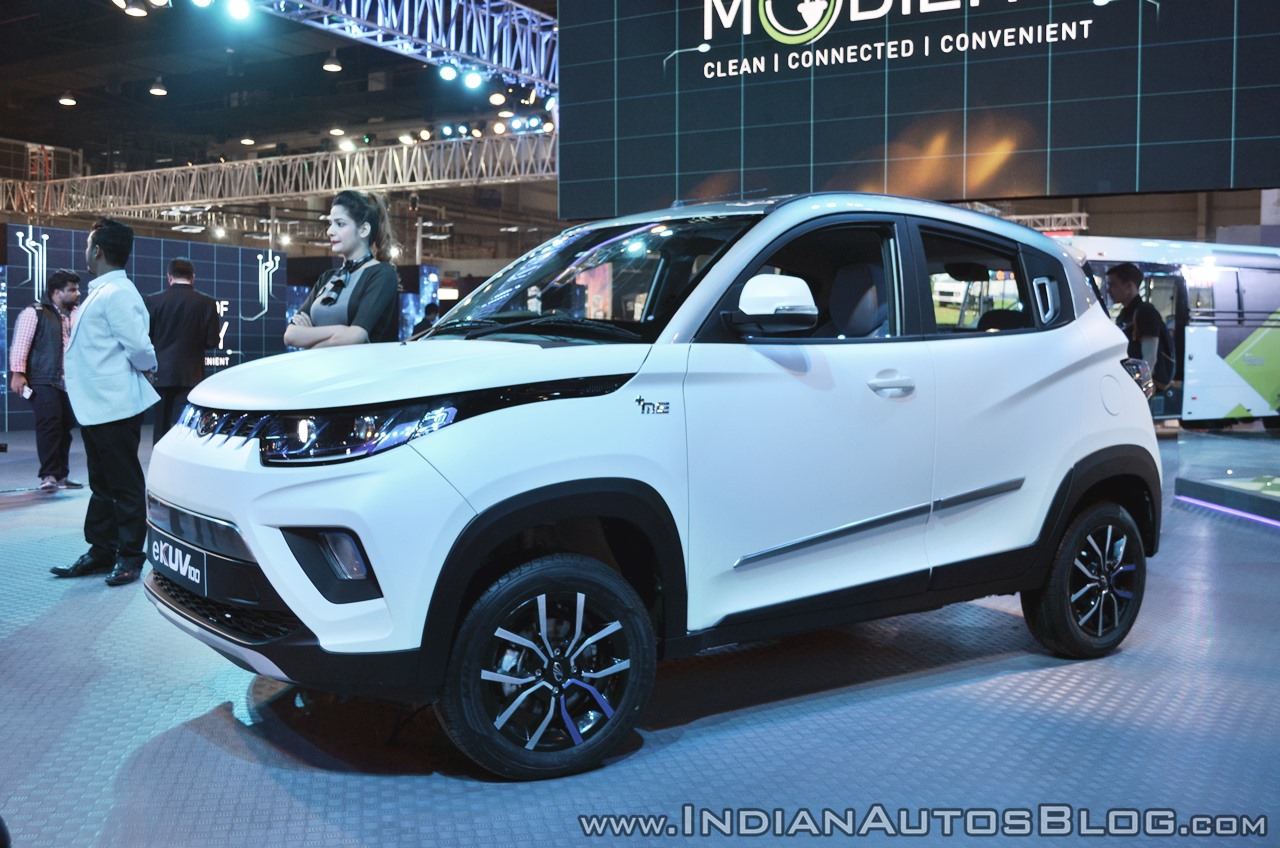 The Mahindra e-KUV100 features a cleaner design that goes with its eco-friendly nature. Without the motor’s need for cooling, the upper grille gets replaced by a similarly designed panel without any openings in the pure electric variant. The six vertical slats on it have blue accent, and so does the front fog lamp housing. The central air intake’s upper portion is covered with a clean surface in grey colour and there are projector headlamps with blue accent in place of halogen headlamps.

On the sides, the Mahindra e-KUV100 stands out with blue accent on the alloy wheels, Mahindra Electric badge on the front fenders and slim door mouldings. At the rear, there’s a grey tailgate garnish in the battery-powered variant. The interior design is the same as that of the Mahindra KUV100. Without going into details, Mahindra says that the Mahindra e-KUV100 offers a driving range of over 140 km and that its battery charges to 80% in less than an hour using a fast charger. The company does mention of several technology features, though, such as remote diagnostics, cabin pre-cooling, location tracking and smartphone connectivity.