Edit: Here is a statement from KTM India which confirms that the Duke 1290 is not coming to India. It reads:

Bajaj Auto-KTM have clarified that the SuperDuke 1290's presence in the launch presentation was to highlight KTM's global strategy. Bajaj has no plans of CBU import of any KTM motorcycle in the near term. However, bigger KTMs are eventually expected to come to India in due course of time. The KTM RC8 superbike is a display only model, showcased at KTM Stores as a brand builder.

The KTM Super Duke 1290 is the big daddy of all the Dukes. As you know, 'Duke' is the nameplate of the Austrian bike maker's range of naked street fighters. The elaborate international range currently starts at Duke 125 and goes all the way to the Super Duke 990. The Super Duke 1290 will sit at the very top as the flagship.

The good news is, KTM India is not gonna stop with the Duke 390. During yesterday's launch presentation, the company announced its intention to expand the product portfolio in the future.

The Super Duke 1290 could be one of the candidates which would enter India, not as a volume sportsbike but as a brand shaper. The wild looking naked beast will be sold in limited numbers in India. 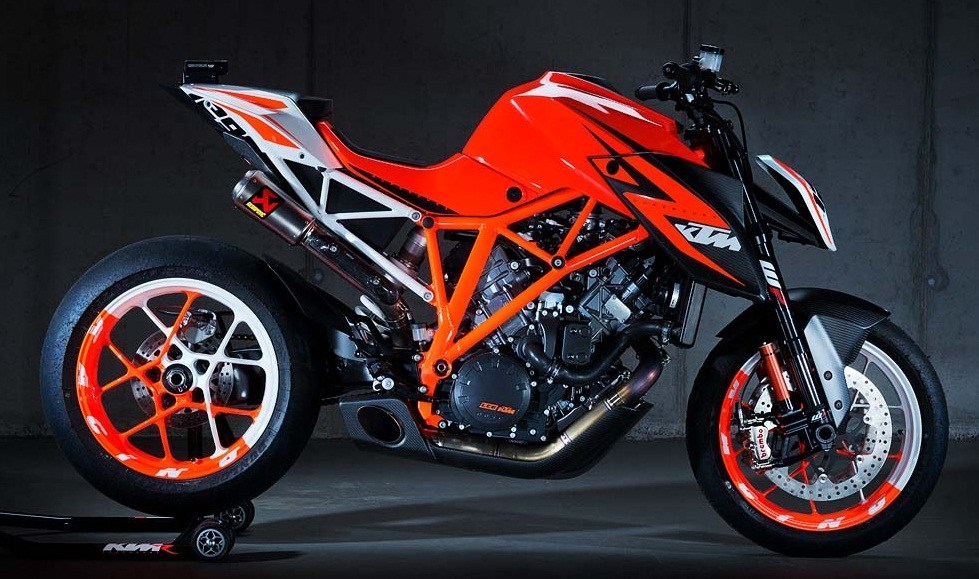 The prototype shows the things to come. With a 1,195cc V-Twin powerhouse, the Super Duke is expected to have a power output well in the excess of 150bhp. That should result in insane performance figures.

The Super Duke will be competing with the likes of other superbikes like the Honda CBR 1000R, Yamaha FZ-1, etc. KTM is expected to import the bike as a CBU but given that the company has access to Bajaj's Chakan plant, it could even toy the idea of assembling the superbike locally.

A local CKD assembly would definitely put KTM in the lead as far as pricing is concerned. Now that's something that the Japanese bigwigs need to be worried of!