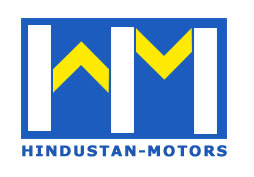 The Indian auto maker is in talks with various car makers from Europe to utilize their surplus capacity at the Chennai plant.

Hindustan Motors' Chennai plant was recently re-structured by the C.K. Birla company as a standalone subsidiary to make it more flexible and profitable in the future. All the decision pertaining to the newly formed business need not get stuck in Kolkata office of Hindustan Motors.

The Chennai plant’s current capacity in close to 24,000 units a year. Some of the capacity (close to 5000 units) is being used by Mitsubishi to assemble the Pajero Sport and Outlander. HM clearly has ample surplus capacity that can be utilized by other automakers for their India foray.

HM has no intentions of developing/launching new products in the Indian market. The only new product that will the light of the day is the new Ambassador but that will be manufactured in the West Bengal plant.

The news is almost certain that Isuzu is in-talks with Hindustan Motors for the surplus capacity. We could also see Peugeot grabbing a piece of the manufacturing plant.

Many Chinese automakers such as Foton, Chery and Great Wall who want to try out the Indian market can use Hindustan Motors as a stepping stone for their Indian entry.

Hindustan Motors and Mitsubishi are also focusing on the proliferation of the Pajero brand in India. After launching the Pajero Sport in September, the JV has managed to sell 2,500 units.