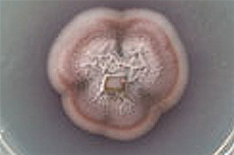 A special fungus found on the ulmo tree in the Patagonian rainforest between Argentina and Chile could produce diesel(biofuel) suitable for cars, according to scientists from Montana State University in the United States.

Scientists discovered that organisms in the fungi create a hydrocarbon gas virtually identical in structure to the compounds of existing fossil fuels. Professor of Plant Sciences Gary Strobel, who discovered the fungus, believes it can reduce the lengthy process of creating bio-diesel.

“There’s no other known organism on the planet that does this, the gas mixture itself has compounds that would be adequate enough to run an engine.” Said Strobel.

Research is ongoing, but it’s possible that diesel will eventually be grown from trees.