In the third edition of the 'Upcoming' series, we are going to speak about future cars from the stables of Honda, Mercedes and Nissan. 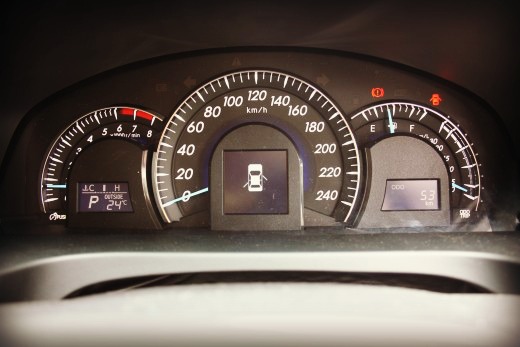 These three companies have a capable portfolio, but they are not segment leaders. Mercedes used to be the best selling brand before BMW and Audi pushed it down to No.3 position.

Despite sitting in the sub-5 lakh segment, the Honda Brio is a fun to drive hatchback, that performs well both in the city and the highway. We are expecting Honda to come out with the CVT-equipped Brio AT before Diwali, while the launch of the Brio diesel is expected only after March 2013.

Once a segment leader, the Honda City has lost a lot of market share due to the lack of a diesel engine which gave an undue advantage to the Hyundai Verna, Skoda Rapid and the Nissan Sunny. Honda is planning a revival for the City brand with variants like the CNG and diesel. The City CNG was recently launched in Thailand and hence the technology is immediately usable. However there's no diesel City variant yet and we hear the development has already started for a late 2013 or 2014 launch.

Mercedes Benz India is launching a one a kind 'Sports Tourer' B Class on 18th of this month. It holds great potential as it offers the perks of a three-pointed star along with the versatility of a mini MPV. We drove it at the BIC and loved it, the report of which you can read here. It will be available in two variants i.e. the B180 and the B180 CDI. Unfortunately, we will only see the petrol variant launching this year.

Launched back in 2009, the new E Class helped Mercedes Benz clock better volumes and improve profitability. Then came two launches that crashed its party - the new BMW 5 Series and the new Audi A6 - that were relentless in their pursuit to hunt down the E. The facelift can unlock new life in the E Class, bringing it in line with the latest Mercedes design language. For the complete picture, take a look at an accurate rendering of the new E Class.

Regular followers will be acquainted with the upcoming S Class as we have been regularly featuring footage of test mules from around the globe. Mercedes is testing the upcoming S Class vigorously giving spy shooters plenty of opportunities to click what many believe is an 'automotive time machine.' Don't forget to read about the encounters with the S Class from the Colorado mountains, in Dubai and at the Nürburgring.

The sub-20-lakh Mercedes sedan or the CLA will be launched in India in 2014 and it is no doubt going to shake up that segment. The CLA borrows interiors and powertrains from its sister car, the A Class. It is constructed on the MFA (Modular Front-wheel drive Architecture) platform that will yield a mini SUV in 2015.

Launched in China at Rs. 10.4 lakhs – Rs. 14.8 lakhs, and priced in Thailand at Rs. 13.3 lakhs – Rs. 16.6 lakhs, we believe the Nissan Sylphy will sit bang in the middle of the D segment when it eventually reaches India. Setting the car in motion will be a 1.8 litre petrol engine with variable valve timing, generating 130 bhp of power and 174 Nm of torque apart from a beefed up 1.5-liter K9K, like the variant used on the Fluence.

Transmission duty is handled by the efficient X-CVT. India may also get a 6-speed manual to form the entry model.

The Nissan Evalia proves to be a vehicle offering maximum space in the sub-10 lakh segment. The space and cost efficiency of the Evalia has brought accolades as municipalities in London, New York and Barcelona will replace it as the new generation taxi cab. The highly efficient diesel engine and some of the previously mentioned product attributes make it a very capable vehicle that can take on the segment leader, the Toyota Innova, but will the boxy design stop it in its tracks? Check out our review of the Evalia to learn more.

You may have already sensed that we missed out a few vehicles and there's no need to panic! We have a bonus part coming up this week that will cover all the other vehicles expected in the near future, so stay put.

You can read the prior 'Upcoming' posts here as we prepare another list - Part 1, Part 2.