The refreshed version of the Tata Indica Vista is all set for a launch on the August 22 and Tata Motors dealerships have commenced bookings for three variants. The new Vista takes heavy inspiration from its bigger sibling the Tata Manza, so much so that its front has been completely borrowed it.

The new Vista now has the same chrome grille and triple barrel headlamps. Changes in the rear are not strikingly new but a plastic embellishment aims to defeat monotony. A new set of alloy wheels are also on offer. 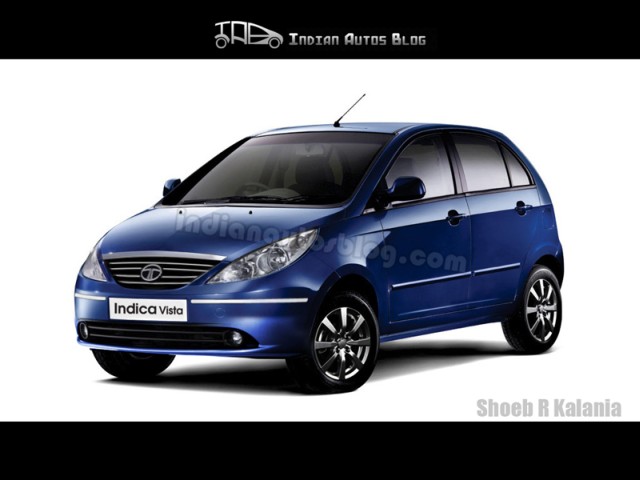 Technically the car remains the same and engines are being carried over from the older model as this is a facelift/refresh and not a new generation. The next generation Indica is expected to bow in during late 2013.

Dealers are taking bookings with a deposit of between Rs.10,000 to Rs.25,000 depending on the dealership. Deliveries of the Vista facelift will begin once the car is officially launched on August 22.