Ssangyong has released a couple of official sketches of the 2014 Ssangyong Rodius. 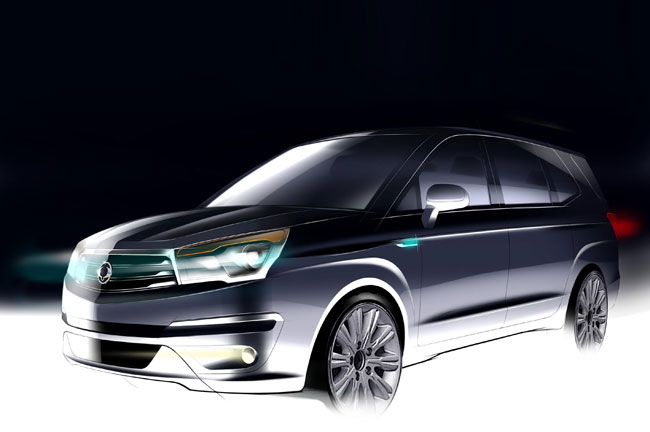 The original Rodius is an MPV with gigantic proportions and looks that is pretty hard to digest for most of the people. The MPV is in production since 2004 and received a mid life facelift but that couldn't stop it from sweeping many ugliest car awards.

Ssangyong has decided to give the aging Rodius a thorough makeover with a newer generation. In fact, we brought you the fully undisguised syshots of the next generation Ssangyong Rodius recently and the sketches that have been released are reminiscent with the car spotted.

The good news is the new gen MPV design is a far cry from its predecessor and adopts an edgy design language unlike that of the old Rodius which was an eyesore to say the least. While the proportions are still massive, the 2014 Rodius gets chrome enriched hexagonal grill and large headlamps with eyebrow like turn indicators.

The rear is also a huge improvement over the old car. The windshield is still a wraparound unit but doesn't invade too much into the profile like before. The rear design has a tinge of Hyundai to it. 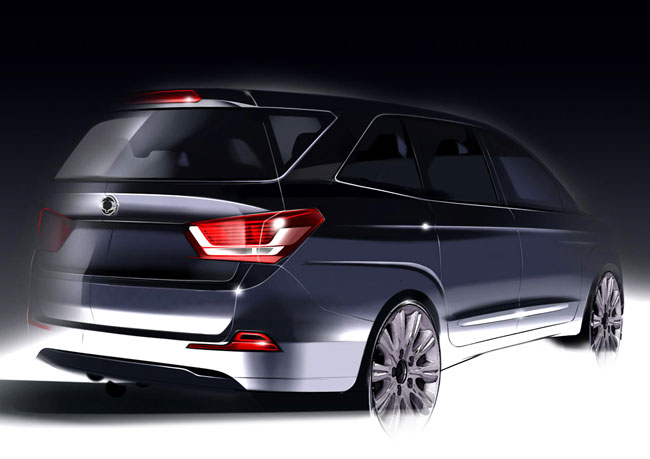 The car is expected to be powered by the homegrown 2.0-litre turbo diesel that powers the Korando C. The motor is available in two states of tune - 148 bhp and 173 bhp. There could also be a petrol option in the form of a Mercedes sourced 3.2-litre in-line six but however the old motor can't be offered in European markets due to emission standards.

With seating configuration that could be customized to 7, 9 or 11 seats, the 2014 Ssangyong Rodius would just be that big people carrier that the well off, joint Indian family is looking for!