The 2014 Mercedes SLS AMG GT Final Edition, the last hurrah of the SLS AMG, has premiered at the 2013 LA Auto Show. Limited to 350 copies, the variant that presents the last opportunity to own an SLS features the same 6.3-liter V6 engine that develops 591 hp. 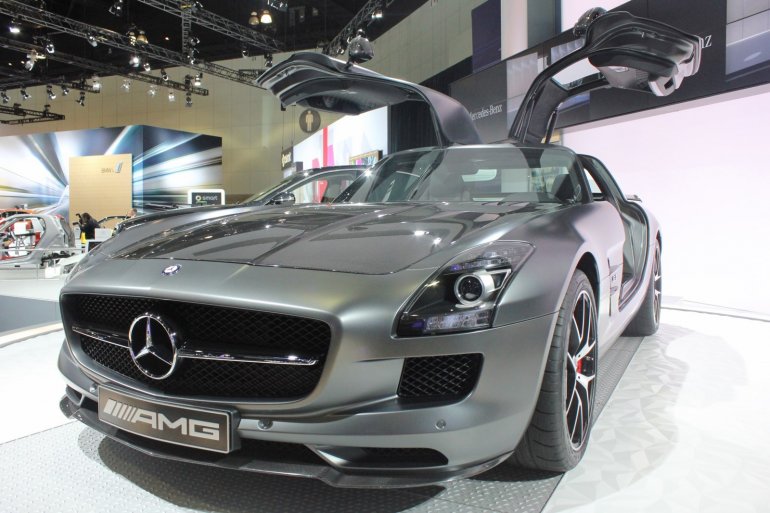 The special edition is differentiated from the regular variant through the use of a carbon fiber hood and front splitter, revised front bumper and upgraded brakes. The rear wing and side mirror housings are made of carbon fiber, while the headlamp surrounds are darkened. The SLS will not get a successor, instead Mercedes will introduce a small, two-door sportscar in 2015. Rumored to be called the SLC, road tests of this sportster have already begun in Europe. The SLC will be more of a F-Type and 911 competitor, and should be powered by a new 4.0-liter twin-turbo V8 engine.

The 2014 Mercedes-Benz SLS AMG GT Final Edition is scheduled to go on sale next March, with pricing in Germany starting at 225,505 EUR for the coupe and 233,835 EUR for the roadster.