Skoda release yet another teaser of the 2013 Octavia

Following yesterday's tightly cropped shot of the tail light, an image of the chrome serving on the window pane of the Octavia's rear door is revealed on the Skoda Facebook page today. 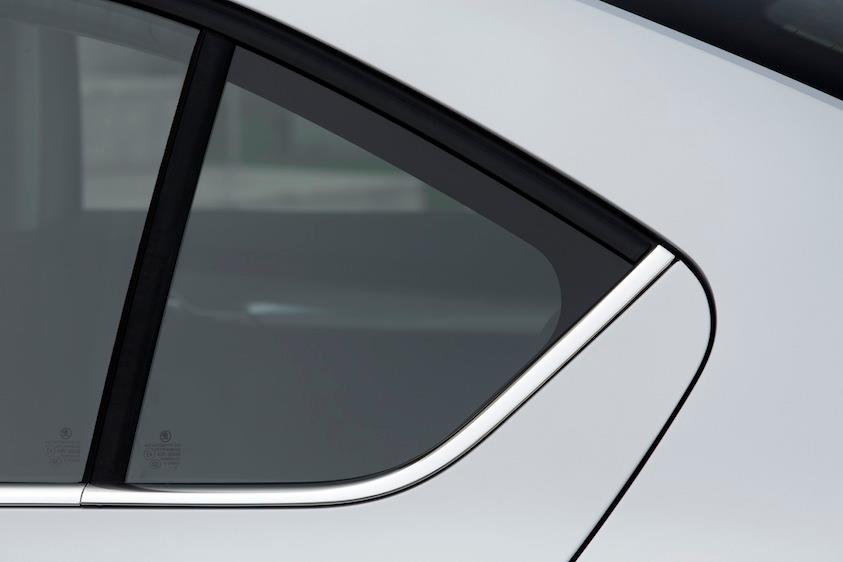 Skoda reveals the all-new 2013 Octavia in Prague later this month, while the launch of the car in India will likely be held in the second half of 2013. Skoda was caught shooting promos for the estate version a few days back in Chile, but the availability of this version in India is unlikely, though Skoda did once sell the estate version of the Octavia.

The 2013 Skoda Octavia would become the first car in India to use the VW MQB Platform. It would also mark the debut of the VisionD design language. Skoda assembles the Octavia (as the Laura) at its CKD plant in Aurangabad, Maharashtra.

Compared to the current model, the 2013 Octavia is 10.8 cm longer in wheelbase. Some of the features that have come to light from the various media drives and previews are the 17-inch wheels, driver fatigue detection, 3D color graphics on the LCD infotainment system and steering mounted controls on the range-topping variant.

The Octavia is powered by petrol engine displacing 1.2-, 1.4- and 1.8 liters, while the diesel engines displace 1.6L and 2.0L. The power output of these engines range from 84hp to 177hp. The engines are paired to 5-speed manual, 6-speed manual or 6-speed DSG gearboxes.