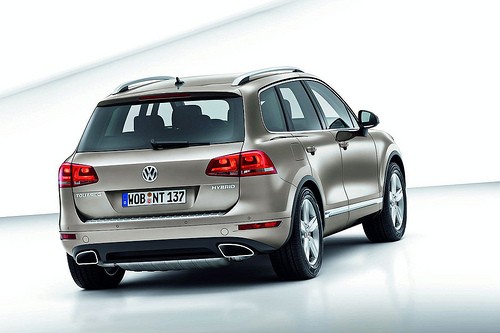 The 2011 VW Touareg is heading our direction, arrives by Christmas

Reports of the 2011 VW Touareg arriving in India this winter is quickly flooding the internet with news outlets reporting the new model will be introduced in both petrol and diesel avatars.

VW formally announced the outgoing Touareg last December and if the reports are accurate, we could see the debut of the new model exactly a year in India after the emergence of the current model.

IAB feels the new gen Touareg could be assembled in the company Chakan facility. With Audi beginning assembly of the Q5 later this year at Aurangabad and emergence of many new models in its category (BMW, Audi, Mercedes, Land Rover, Volvo to name a few) VW could try gaining the upper hand by offering the new Touareg at a lower cost.

The new model is a whopping 208kg lighter than the outgoing model. It is also 20% more fuel efficient. It looks better and has off-roading capabilities as well thanks to technology like 4Motion all-wheel drive.

Regarding the pricing update and launch date, nothing officially has come from Volkswagen. We'll wait for an official announcement.