Rendered - Skoda Felicia - Is this is the Octavia revival? 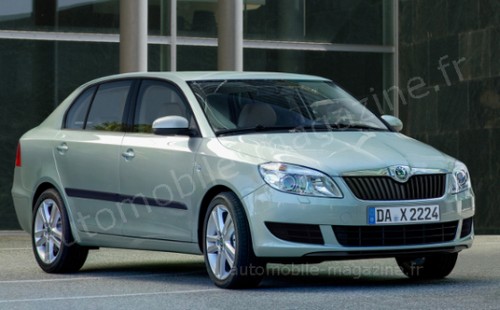 We reported last year about Skoda developing the Octavia successor for emerging markets. The development was confirmed by the company, but the name of the car was not revealed. Internationally, this model will debut by December 2010.

With the assistance of google translator, we are able to derive to the conclusion that the Octavia revival could be named Felicia, and not Favorite as previously noted. There has not been any official confirmation from the company, but it is widely believed that the Polo's platform might be the base on which this low-cost model would be constructed.

The Skoda Octavia was phased out of BS4 cities, and its sales were falling anyway. This was the Czech company's first offering in the Indian market and quite easily the best.

There's another theory floating around the internet that this platform will give birth to a low-cost MPV which could be aimed at the best selling Toyota Innova in India. Details are sparse, but the renderings certainly look promising.

The next generation Skoda Octavia is most likely to be built here in Chakan, Pune at the VW facility next year.