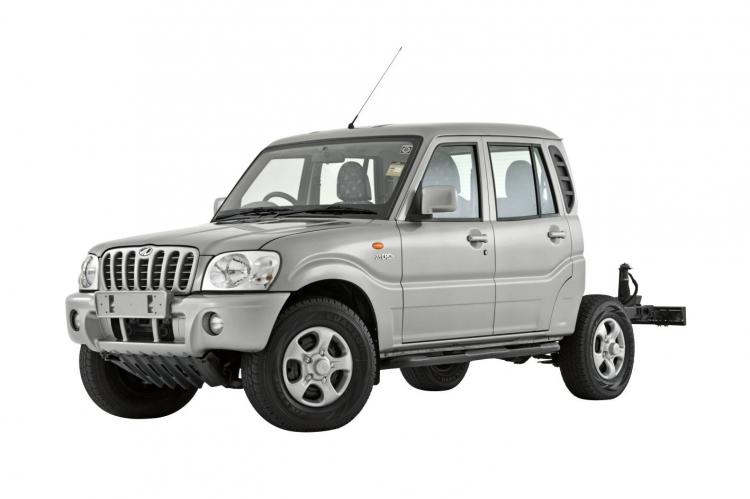 The 2009 Mahindra Cab Chassis Variant has been launched in Australia. This is a Commercial Vehicle which offers supreme flexibility as buyers pick what occupies the rear of the cabin.

This reminds of me of HCV manufacturers like Tata Motors and Ashok Leyland who retail the Chassis (skeleton with the engine and gearbox) for buyers to build the rest of the vehicle as per their convenience and requirements at the local coach builder. This is also the first time something like this is being offered in Australia. So, customers can fill the space with tipper trays, canopies etc.

The 2009 Mahindra Cab Chassis has improved Air-Conditioning for better cooling, the brakes are slotted disc type, the seat belts are longer and brown is supplemented to the existing list of colors. The 2009 Mahindra Cab Chassis possesses a towing capacity of 2.5 tonne and a one tonne + payload. The best bit is AUS$1,000 worth Alloy Wheels are offered free of cost for a limited time!

The 2009 Mahindra Cab Chassis Variant comes with the 2.5 CRDe Turbo Diesel, which is also offered in India on the Scorpio. 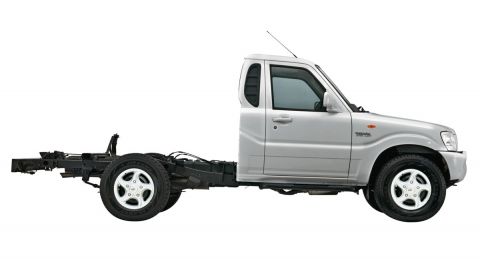 IAB Comment- The Mahindra Scorpio ferries Politicians in the South India, Army personnel in the North and fertilizer bags in Australia!

You can read a very informative review of a single cab 2007 Mahindra Pik-up 4X4 by Caradvice.com.au , an Australian Blog.