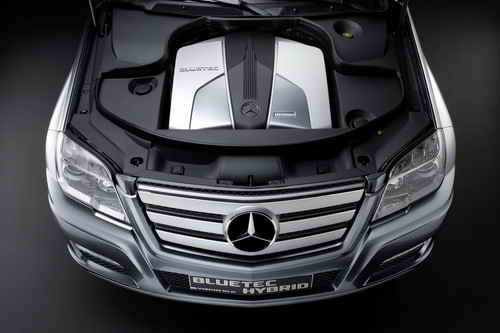 Have you seen hybrid vehicles like the Honda Civic hybrid? It might be the only hybrid car on sale in India, but be prepared to see more of them since Mercedes Benz has announced that out of the thousands and ten thousands of cars it sells across the globe, 20% of them will be hybrids!

From 2009 onwards, more hybrids will occupy the Mercedes' stable which will be the start of the transformation from petroleum fueled vehicles to vehicles which use other sources of power, namely hydrogen, or electricity from batteries. This comes after Mercedes, who earlier this year declared that from the year 2015, it will manufacture vehicles which won't have anything to do with fuel stations.

Ofcourse it's not possible or sensible to wipe out the internal combustion from a production line altogether overnight. The process will take years as research projects will continue and the innovations will slowly be implemented to reduce the cost of Lithium Ion batteries and find means and ways to make them more efficient. During this period, Mercedes will use a battery and a motor (read-hybrid) to assist them in moving away from petrol and diesel, and by 2015, the status should read 'mission accomplished'.