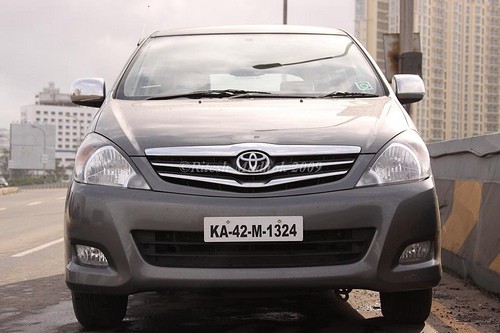 In December last year, we attended the launch of the refreshed Toyota Land Cruiser Prado diesel. During a conference that followed immediately after, Deputy Managing Director (Marketing) of Toyota Kirloskar Motors, Mr.Sandeep Singh said the company was considering the launch of the Corolla Altis diesel. He did not mention any time frame or price tag, but the manner in which he addressed the question clearly indicated the company would do it shortly.

Now Carwale is reporting the Corolla Altis diesel will be introduced in India in the second quarter of 2010.

Power output will be between 85-100bhp and the price will certainly be much more than the petrol model. Displacement is unknown, but could Toyota use the Innova's 2.5-liter diesel engine tuned in favor of economy? Maybe the Innova's engine could be re-engineered to a smaller displacement? This is easier said than done.

Carwale adds the diesel version of the Altis and the car is currently undergoing tests. Toyota has launched both petrol and CNG versions of the car and expressed no desire in transplanting the 1.3-liter petrol engine found on the European Corolla into the Indian model.

And before I forget, Toyota is also working on an Corolla Altis hybrid in Thailand. Could this be the next Corolla variant after the diesel?