Early images of a refreshed Toyota Rush leaked on the internet yesterday. At that time, we were unsure whether it was a facelift or a TRD Sportivo body kit for the mini SUV. Turns out, it was indeed a facelift as PT Toyota Astra, the Indonesian subsidy of Toyota, have announced the updated model today. 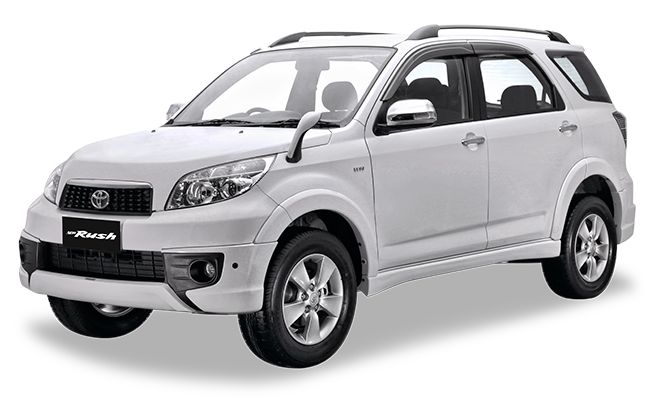 The Rush facelift gets an updated front bumper and certain variants also feature a TRD Sportivo body kit. The TRD kit includes side skirts and a few stickers with the 'TRD' logo. Inside, Toyota has revised the color scheme for the dashboard, offering black plastics from the earlier beige.

There are no changes to the mechanical elements and the 1.5-liter DOHC VVT-i engine continues unchanged. This engine produces 109PS and 144Nm of torque and comes mated to a 4-speed automatic transmission.

It remains to be seen whether the Daihatsu Terios, the Rush's doppelganger, would also receive such a facelift.

Brochure available on the next page.