Toyota Fortuner to be launched in India by Sep '09 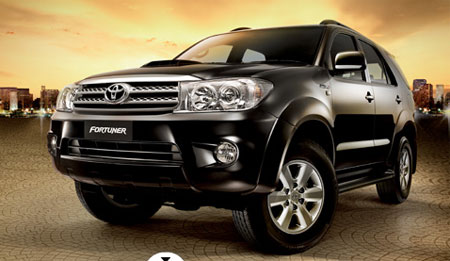 Toyota Kirloskar Motors announced today that its Urban SUV - Fortuner, will come to India by September '09.

The car is expected to be priced around the Rs.20Lakh price bracket. It will be powered by a 3.0-Liter Common Rail Diesel Engine (163hp, 35kgm), that drives all four wheels using a full-time four wheel drive system.  A 2.7Liter VVT-i petrol engine might also be available.

"The Fortuner is an important addition to our product lineup in India and we are currently in the process of finalizing details for the launch," said Sandeep Singh, Deputy Managing Director for Marketing at Toyota Kirloskar.

The Fortuner will be shipped to India as a Knocked-down unit and will be assembled at Toyota Kirloskar's plant in Bidadi, near Bangalore. Toyota is currently building a new 100,000-unit-a-year plant at the same location as its current factory, which will facilitate the production of its small car in India.