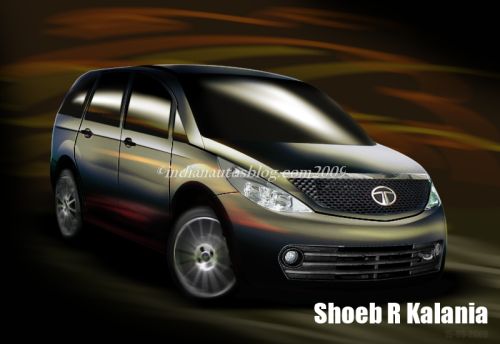 The Indicruz crossover debuts at the Auto Expo next month

Some of the mentioned features are absent in the current Tata line-up indirectly indicating this could be Tata's most expensive vehicle manufactured till date.

The Indicruz MPV has been spotted during cold weather testing earlier in 2009. It has also been snapped when running its routine tests in the UK, where some of the car's development took place. The vehicle will be launched during the Auto Expo next month.

The vehicle will be at least 20% more expensive than the Sumo Grande Mk2 launched last week adds the report.