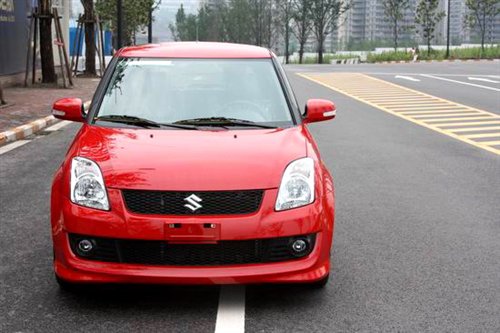 The Swift has been a big hit for Suzuki Motor Corporation (SMC) all over the world. With a load of attitude and flair it has attracted a lot of buyers even in China, where it is about to receive a facelift with key cosmetic changes.

The facelifted Chinese Swift (pictured) gets a radiator grille with a wider opening, a new bumper with wider air intakes and new rounded fog lamps. The sides of the car have been embellished with side skirts to enhance the sporty looks of the car. At the rear, there is a new bumper with a diffuser sort of integrated into it along with mud flaps. This looks of the new vehicle is right in the middle of the existing Swift and the next generation Swift.

Shouldn't this have been Maruti's Swift when the car went through a subtle change a couple of year's back? The refreshed Swift in India only had a different tail lamp and the rest of the car was untouched. There are no changes to the engine of the car, so the 1.5 litre, in-line four cylinder, petrol motor remains as it is. The car will be launched in the Chinese market on the 10th of June, but chances of it reaching Indian shores are remote, since the next generation Swift has been readied for unveiling at the Paris Motor Show and Maruti Suzuki will look to bring this model to India to take the fight to the competition such as the Ford Figo and the VW Polo.