The Indonesian two wheeler market is one of the significantly large markets in Southeast Asia. However, it has an affinity towards a particular style of motorcycles which are locally called as 'bebek' meaning duck!

Bebek is basically a step-through motorcycle which emerges as a more dynamic alternative to a scooter. Majority of the Indonesian two wheeler market is filled with these types of motorcycles. Suzuki has introduced a new bebek for the Indonesian market called the Suzuki Shooter 115 Fi. The Shooter comes with a 113cc air cooled four stroke engine which makes 9.3 bhp and 9.1 Nm of torque.

The bike features first in class fuel injection technology which enables it to be at least 37% more fuel efficient than any other Suzuki motorcycle in the Indonesian portfolio. A four speed rotary clutchless gearbox (with an all down shift pattern of N-1-2-3-4-N) transmits power. The front suspension is a telescopic fork while the rear adopts a traditional coil spring. 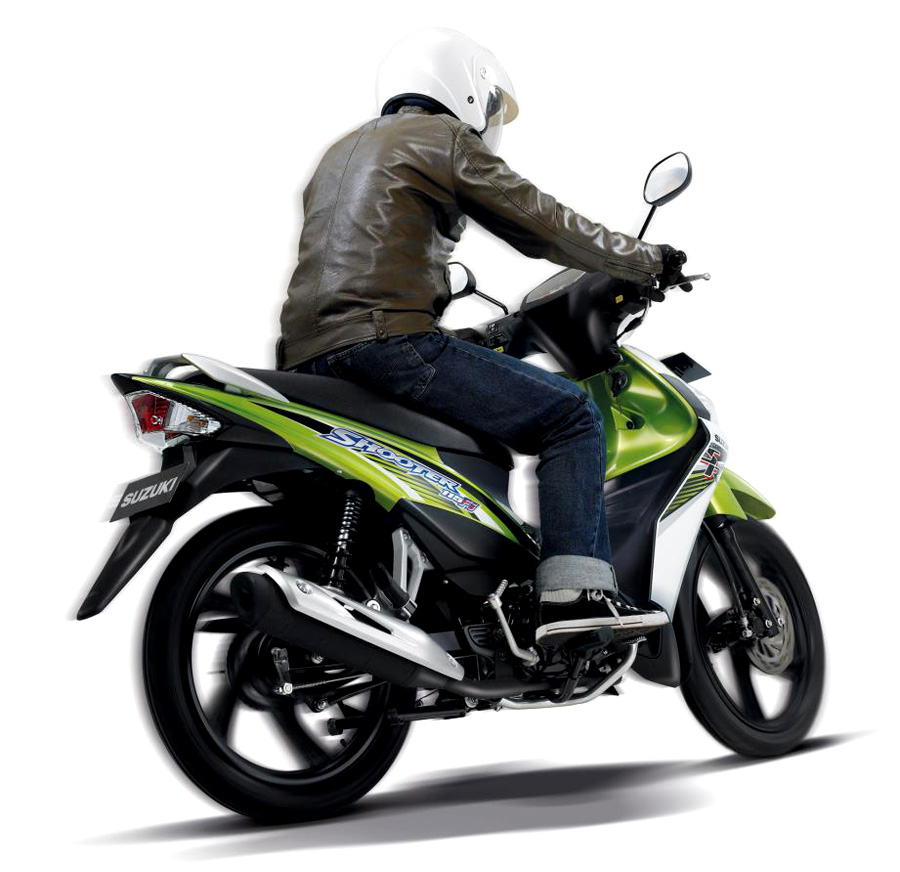 The Suzuki Shooter will be pitted against the likes of the Yamaha Vega ZR and the TVS Neo XR.