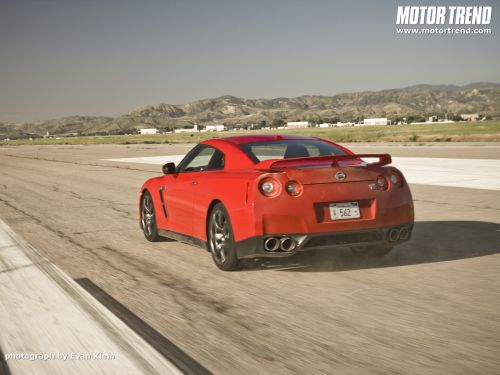 The guys at Stuttgart ain't happy one little bit. All credit to Nissan, as their GT-R supercar did a lap around the ring (a.k.a Nurburgring) in just 7:29 - faster than either their 911 Turbo (7:38) or GT2 (7:34).  Porsche smelt something suspicious. To clear the cluttering, they sourced a new GT-R from the U.S, took it to the Nurburgring and did a lap themselves. The result was dreadful- Not for Porsche, but for Nissan!

After performing the tests, Porsche claims the Nissan GT-R is a full 25 seconds slower than  the time Nissan claimed, and hence slower than either of the Porsches.

Porsche engineers say that the video was shot from the inside of the car and special tires could have been used which would have provided lesser rolling resistance.  Porsche responded by saying the tires used were completely stock and from a production car. You can read about IAB's exclusive coverage of the 15 facts of Nissan GT-R