Nissan Motor Company has developed the Smart Rearview Mirror, the world's first LCD monitor that provides clear rearward visibility and allows the driver to switch between the LCD monitor and the traditional rearview mirror. The gadget was introduced at the 2014 Geneva Motor Show. 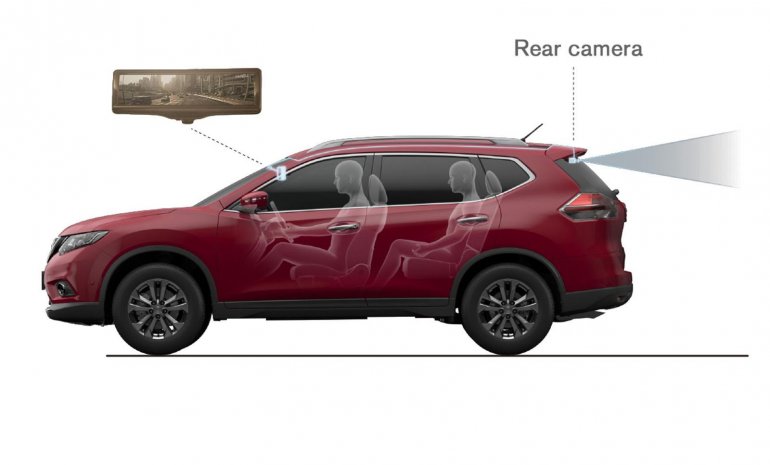 The Smart rearview mirror is located in the same structure as the traditional rear view mirror. It has a built-in LCD which can be activated or deactivated as per the driver’s preference with a flick of a switch. A high-resolution camera mounted at the rear of the vehicle captures clear images and projects them onto the mirror. In addition the the high quality camera can capture and provide clear and crisp images in a variety of environmental conditions including rain, snow, dawn and dusk, says Nissan. The system also operates and provides an image with minimal glare, even during sunrise or sunset, or when being followed by a vehicle with strong headlights.