The Mahindra Pantero 110cc commuter motorcycle is being launched in a phased manner. 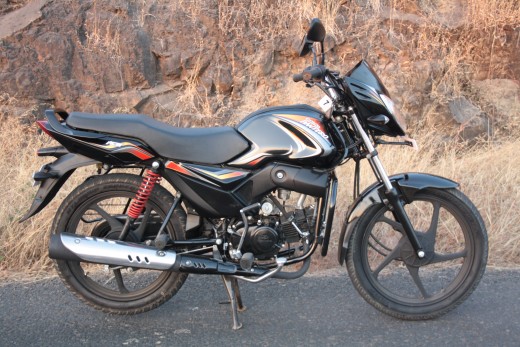 The bike is currently on sale in four states - Tamil Nadu, Uttar Pradesh, Gujarat and Rajasthan. Initially the Pantero was available only in the top end T1 trim and now Mahindra2Wheelers has introduced the lower spec variants namely T2, T3 and T4.

The base T4 variant makes do with an analog instrument console, spoke rims and kick starter. The variant is priced at Rs. 44,690 (ex-showroom Chennai). The T3 variant gets alloy wheels and is costlier than the T1 only by Rs. 1,000.

The T2 variant adds self starter to the equipment list of the T3 and is retailed at Rs. 47,990 (ex-showroom Chennai). The range topping T1 variant replaces the analog instruments with a digital unit and carries a price tag of Rs. 48,990 (ex- showroom Channai).

The Mahindra Pantero is the first of the two commuter bikes to hit the market. The second is the Centuro which is waiting to be launched. Mahindra says that the Pantero addresses customers who are looking for fuel economy and affordability while the Centuro targets people who want a stylish and equipment-rich commuter.

Both the bikes are powered by a homegrown 107cc four stroke engine which generates 8.5 bhp and 8.5 Nm of torque. The engine is mated to a 4-speed gearbox.