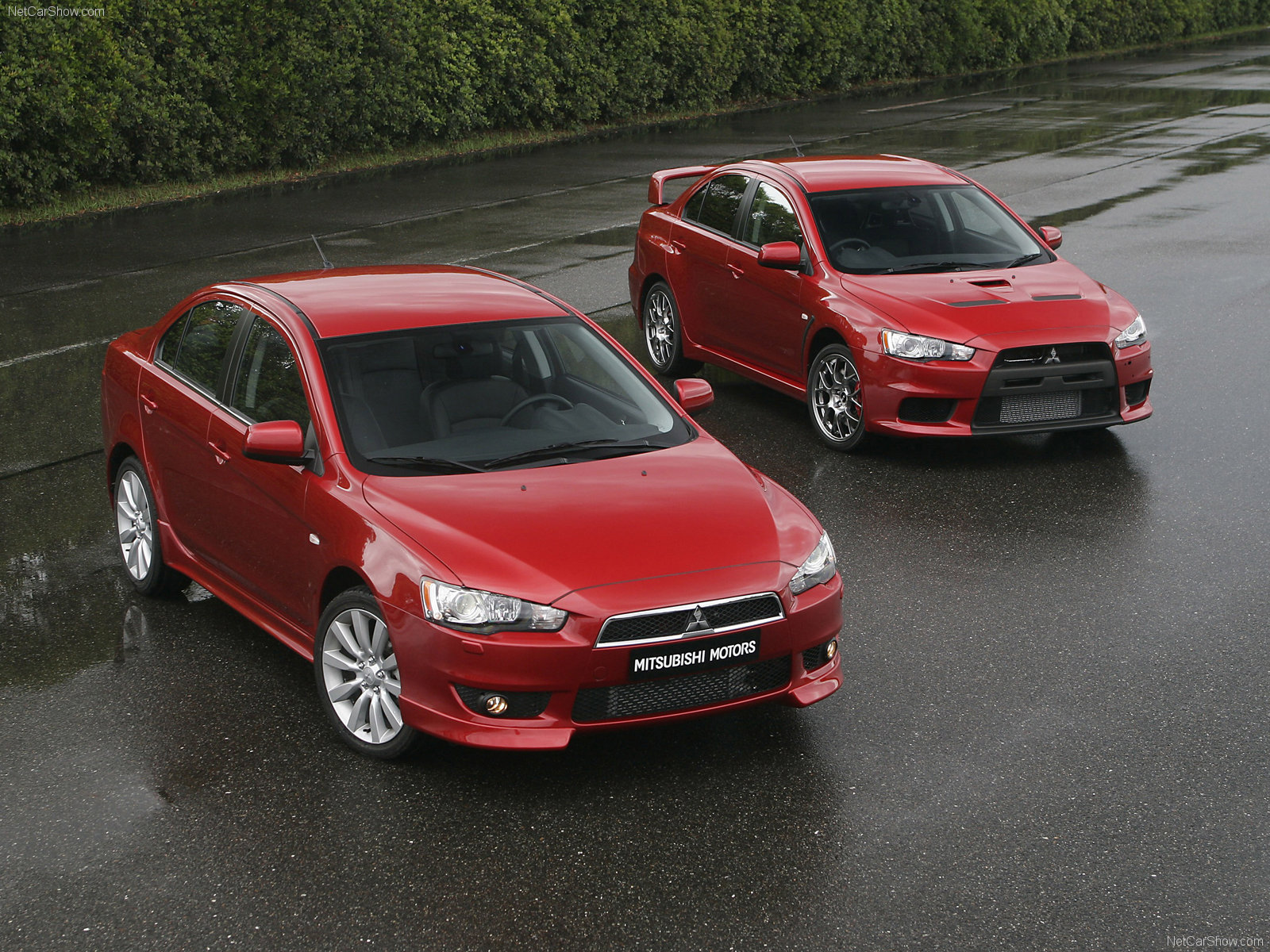 We all know that Mitsubishi India has been in doldrums for a long time. Its first launch was the Lancer in 1998 which was a good seller in the Luxury car segment. The advent of newer cars like Honda City, Tata Indigo and many others have dethroned the mighty Lancer. So while the rest of the world was getting new updated lancers and the special edition ones like the EVO, India was still living with the sixth generation Lancer which hardly sells and this is the reason why most of HM-Mitsubishi dealers have shifted to serving other manufacturers. In a desperate attempt, HM launched the 7th generation lancer in 2007 called the Lancer Cedia which also failed in the India, the primary reason being Mitsubishi's negligence of the Indian market and treating customers to outdated models.

Hopefully this is all about to change with the all new 8th generation Lancer. Mitsubishi seems to have takes the Indian market seriously and is launching an Indian assault with its plans to bring in the Outlander SUV and the hot new Lancer. The previous gen lancer set the benchmark in all aspects, so Mitsubishi tried really really hard and has come up with the 8th gen version, which to be honest is stunning to say the least ! Both Hindustan Motors and Mitsubishi, keen to give the Lancer brand a much needed shot in the arm are pursuing aggressive assembly and pricing strategies for the new lancer.This is the best Lancer yet ! Adding to that,the new Lancer may not be called Lancer at all,as already the 6th gen is called Lancer and the 7th gen Lancer Cedia which will still be produced until stricter emission norms force it out of the market.

Now,the 8th gen is a stunner.The Lancer looks very sporty and not the softer look that the earlier Lancers had compared to their EVO counterparts. Its styling is incredibly striking and can turn heads where ever you go. It looks like a Shark on a hunt ! The styling is very different, far from all those available today especially the nose. The stretched back headlamps and the inverse triangular grill looks like it could swallow all the Corollas and Octavias out there. Also very prominent is the stylistic cut running from the bonnet through the flanks. The car looks sporty even when standing still and especially when viewed side-on. The long Shark nose bonnet is offset by a stubby boot section and the Afla style tail-lamps are stunning and are a treat. Adding a few spoilers and bodykit makes it a look like a junior EVO X,which is exactly what Mitsubishi wants as the EVO will not get here officially. The car is pitted against the likes of Corolla,Civic,Octavia,Optra and is as big as its competitors.Overall the skinning is taut and fits snugly.

Every inch of the car spells Sportiness.The stiffness of the chassis is improved by 50% over the previous model and the mounting points have been beefed up as well. As with all lancers the Suspension scores top points. It is an updated and sophisticated version of the independent suspension found in lancers in the past decade. It is good to note that Mitsubishi has resisted the change from a hydraulic steering system to an electrically operated one in the interests of steering feel and control. Also there is more sound deadening stuff for that perfectly encapsulated feel.

Power comes from a 2.0l 16V DOHC MIVEC (Mitsubishi innovative valve timing and electronic control system) and makes a healthy 152bhp, but expect it to be dropped in the region of 130 in lieu of the lower octane fuel available here. It is unique in the sense that both intake and exhaust valves incorporate variable timing. Also present is a 2.0 diesel sourced from VW, which is essentially the 2.0 pump duse from passat which is good for 140bhp.

Interiors also complement the sporty theme with hooded dials and the chunky 3 spoke steering wheel. Like on the cedia, multiple textures have been used to good effect and there are several clever cubbyholes. The seats are very comfy and are well bolstered and the interior space is comparable to the current benchmark, Corolla.

HM-Mitsubishi want to get back into the luxury car game badly. On paper,the Lancer has all it takes to take to steal the crown from the present leader, Civic. It will be exciting to drive, right size, great looks the spec the features etc..So let the battle begin.All that is left is that HM-Mitsubishi have to play their cards right.