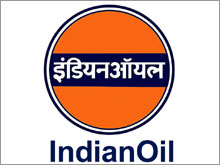 State-run Indian Oil Corporation plans to set up the country’s 2nd hydrogen fuel-dispensing station in the vicinity of the Commonwealth Games Village before 2010 for catering to more than 100 government vehicles to be used for demonstrating the usefulness of the fuel.

“We have sent a proposal to (the) Delhi Government for land in the vicinity of (the) ‘Commonwealth Games Village´ for setting up a hydrogen fuel station. This would be used for dispensing fuel to more than 100 vehicles to be used for the mega event,” executive director (Research and Development) Indian Oil Corporation R.K. Malhotra said.

Malhotra said the Delhi Government had asked IOC to identify land for setting up a hydrogen fuel-dispensing station. “We proposed to them to allocate land in the vicinity of the Commonwealth Games Village. We are awaiting their response,” he said.

“Since the Commonwealth Games will showcase India’s ability to organize such mega events, the government also wants to use hydrogen fuel-compatible vehicles during the event for demonstrating its environment concerns. Therefore, such a station in the vicinity of the ‘Games Village´ would serve the purpose,” he said.

'Will dispense mix of Hydrogen and CNG in the ratio of 20:80'

The station will dispense a mix of hydrogen and CNG in the ratio of 20:80. In the initial phase, Indian Oil is targeting CNG vehicle which can be run on hydrogen fuel mix with a little modification. However a completely new engine (Fuel Cell) is required for using 100% pure hydrogen as fuel.

Indian Oil Corporation (IOC), the country's largest oil-marketing company by sales, is to open the hydrogen fuel-dispensing station in New Delhi by the middle of this month. Initially this station would cater to government vehicles to be used for demonstrating this new fuel technology.

In 2006, the government unveiled its National Hydrogen Energy Roadmap for achieving its target of making one million vehicles fit for running on hydrogen. Automobile manufacturers like Bajaj Auto, Tata Motors, Ashok Leyland, Eicher Motors and Mahindra & Mahindra have been involved in IOC’s efforts to test hydrogen fuel as a commercially viable fuel option in the country since 2006.

In 2005, talks were conducted between IOC and Bangalore-based Reva Electric Car Company (RECC) to fine-tune the hydrogen fuel technology for large-scale commercial use in the country. No progress was made on the joint venture, says RECC.