Ford rolls out first Figo from its Chennai plant 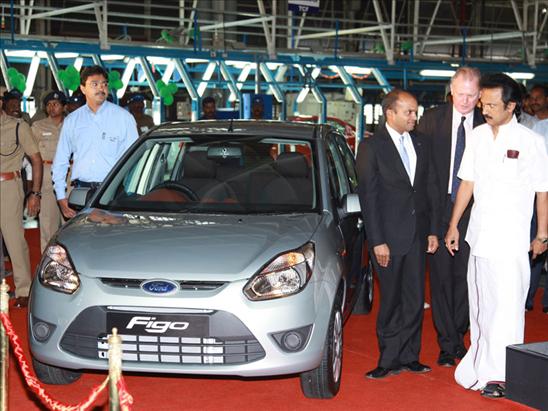 For those who are eagerly awaiting the launch of the Ford Figo, here's good news. Ford rolled out the first Figo from its Chennai plant today. It was a blue color car and by the look on it, without the fog lamps, it is the base model.

Chief Minister of Tamil Nadu M Karunanidhi inaugurated the production of Figo. Ford had signed a MoU with the Tamil Nadu government in September 2009, under which it would invest an additional Rs 1,500 crore to expand the facility. The expansion would lead to creation of 1,000 job opportunities.

While prices or variants have not been revealed, we expect prices to begin at 3.75 lakh rupees for the base petrol and go up to 5.5 lakh for the diesel with all the bells and whistles.