The Ford Endeavour is sold as the Ford Everest in other parts of the world. Globally an all-new model based on the Ranger T6 platform is expected next year.

However Ford in South Africa and Philippines have introduced a facelift to push back the deadline of the current model.

The Everest facelift gets a new bumper with an oval shaped air dam, much like the Figo's. The enclosure for the fog lights has also been modified. And if you're wondering why the headlight looks a bit different, yet familiar, it is because Ford has introduced a very subtle kink to the edge of the lights. This way, the car looks fresh, yet you don't mistake it for anything else. 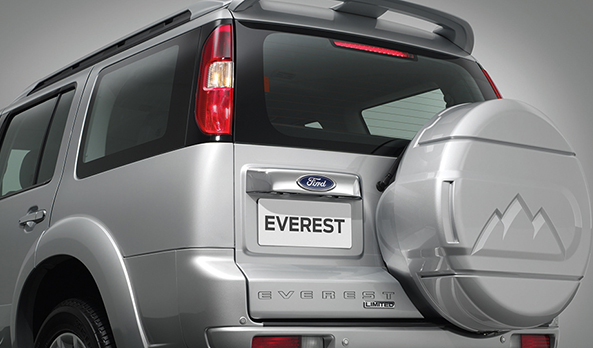 At the rear, things are left unchanged. The only change to the cabin is the revision in the color interplay. What used to be a dual tone black and beige interior, referred by Ford as 'Camel' interior, is now an all-black 'Basalt' interior with silver accents to the vents and knobs. On the features front, some variants receive cruise control.