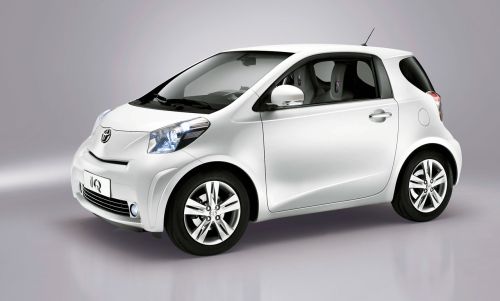 Have you heard of the saying "Be a Roman in Rome"

Toyota is the world's best and foremost automotive manufacturer. But once they came to India, they did something which they hardly ever do. They assigned Aamir Khan as their brand ambassador, a move that shocked people who knew about brand Toyota and their practice of not using brand ambassadors in any of their commercials.

The next move from Toyota is going to be something even bigger. A move that is practical and promising only in India- A new sub-brand for small cars with backing from Diahatsu.

The Asahi newspaper said Toyota plans to roll out the $5,000 vehicle in the early part of the 2010s under a new brand separate from Toyota

However, IAB asks how they can build a dirt cheap car with the quality that is of Toyota standard?

Toyota executives have so far denied any interest in developing an ultra-low-cost car, claiming that selling such a car under the Toyota badge could hurt its brand image. However, Toyota has plans of manufacturing a low-cost car as per its earlier announcement, which would be offered in markets like Brazil and India. However, no pricing details had been revealed by the company.

IAB Comment- Toyota will not use the Nano as a gauge for their small car as they have to compromise on quality then. In all likelihood, it should be a 2-door car with a 2-cylinder engine, resembling the Smart ForTwo. Toyota might use the iQ's platform to build this car, but expect it to appear nothing like the iQ. The shape might not use many curves, the headlamps and tail lamps would be simple, asymmetric rear view mirrors, drum brakes all around, and plain, low-cost seats and interiors.