Ford India will launch the 2015 Ford Figo hatchback in New Delhi today, just over a month after it introduced the Figo Aspire compact sedan. Here are 5 things we know about the second generation Ford Figo:

1. Engines carried over from the Aspire: The 2015 Ford Figo will offer the Powershift 6-speed dual-clutch automatic transmission with the 1.5-liter Ti-VCT engine. On the Figo Aspire, this powertrain delivers an ARAI-rated fuel efficiency of 17 km/l.

3. Gets an all-black dashboard: Where the Figo Aspire opts for a dual-tone black-and-beige dashboard, the Figo hatchback gets an all-black dashboard with silver inserts for the center console and AC vents. The seats too offer a black upholstery.

4. Features carried over from the Aspire: 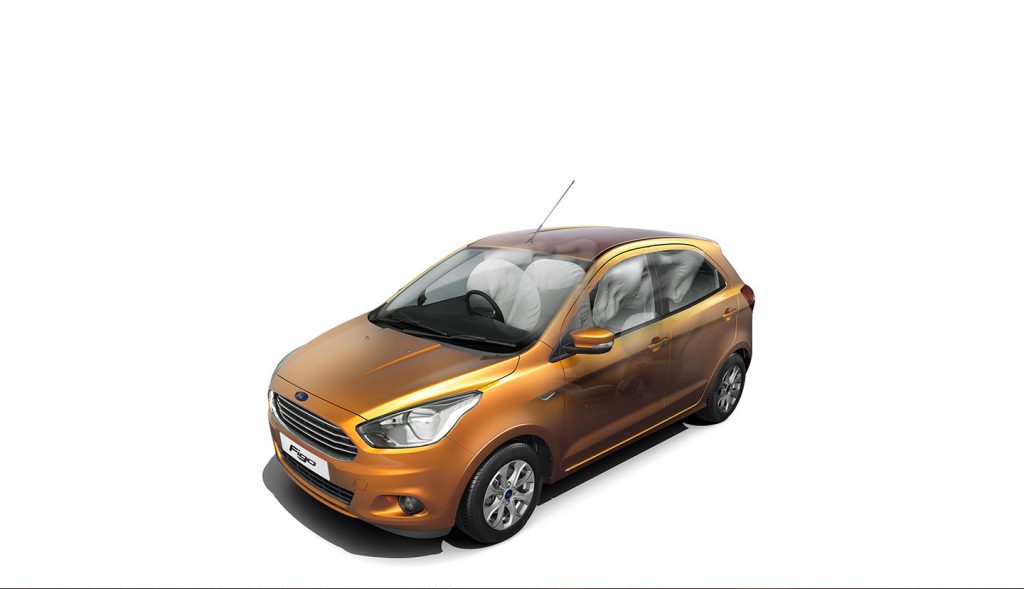 One of the highlights of the Figo Aspire is that it offers dual front airbags as standard, while 6 airbags (side and curtain airbags) are available on the top-end trim. Ford India's website confirms that the hatchback will also be equipped with 6 airbags on the top-end trim, in addition to features such as ABS, EBD and ESP.