While Toyota stays a bit indifferent to the Indian market by not bringing any new products until 2015, the Japanese giant is bullish about its prospects in Indonesia. 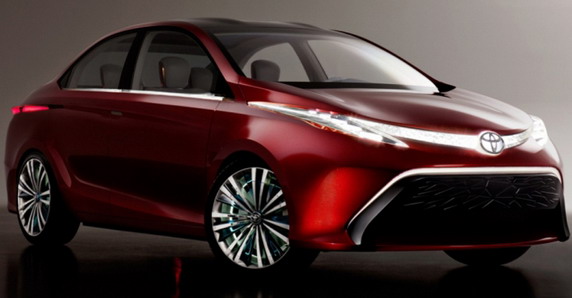 PT Toyota Astra Motor, the Indonesian subsidiary of Toyota has its plate full for the year as it is gearing up to introduce the Etios twins and the Agya small car in the archipelago. Otomotif.kompas.com reports that the next gen Vios is also in the queue to be launched later this year.

The Toyots Vios is the sedan brother of the Yaris. The Yaris underwent a comprehensive overhaul in 2011 and it's about time that the brand new Vios comes out.

The spyshots of the 2014 Toyota Vios suggest that the car draws design inspiration from the Dear Qin Concept showcased at the Beijing Motor Show last April. The new Vios is expected to be a far cry from the current one in terms of design.

Mr. Johnny Darmawan, President and director of PT Toyota Astra Motor has told the Indonesian media that the new Vios will be launched in the later part of 2013 and the car will be imported as a CBU from Thailand. He also added that the car will employ an improved version of the current car's 1.5 litre VVT-i petrol engine.

The fact that the car will be imported from Thailand hints that the next gen Vios will most likely make its world debut at the Bangkok Motor Show which commences on March 25.