After Maruti’s Alto K10, WagonR and A-Star, it is Toyota that plans to take its Etios and Liva to Indonesia. Here we have some spyshots of the hatchback Liva being tested on the highways in Indonesia. The Indonesian auto markets display similar characteristic to the Indian market. Hence most cars that are launched in India, sooner or later find themselves on the Indonesian roads. 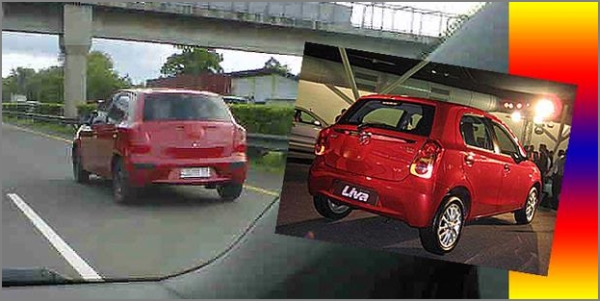 We presume that both cars will be shipped to Indonesia in form of a CKD. That is the same reason why Toyota is investing heavily in its Bidadi plant in Bangalore. We expect Toyota to launch Etios and Liva in Indonesia by 2012. Under the hood of the Liva, Toyota will fit the 1.2-liter engine and perhaps even the 1.5-liter from the sedan.