Fiat 500 is one most trendy cars of this era and no wonder it grabs so much attention from tuners. One such Italian tuning company called Studiotorino has taken up 500 and formulated its variant called Fiat 500 Diabolika which is inspired from the famous Italian comic ‘Diabolik’.

On the outside the baleful looking 500 Diabolika gets coloured with matte finish black along with Diabolik red fins. The interior Uphostery is specially hand made with sewn red thread used in the steering wheel, hand brake lever and the gear knob. Studiotorino has also played with its contemporary styling by giving leather seats printed with the images from the comic strip. It also features with the retro-look BORRANI spoke rims wrapped in special edition Pirelli tires hand cut and built with the Diabolik eyes shape logo. In addition to all these it also gets Specially made Bosch radio and Brembo braking system fitted with new drilled disc brakes. The car is expected to be launched in Paris motor show later this year and the price is not yet announced. We'll be there to report on this car from Paris next month, so stay tuned! 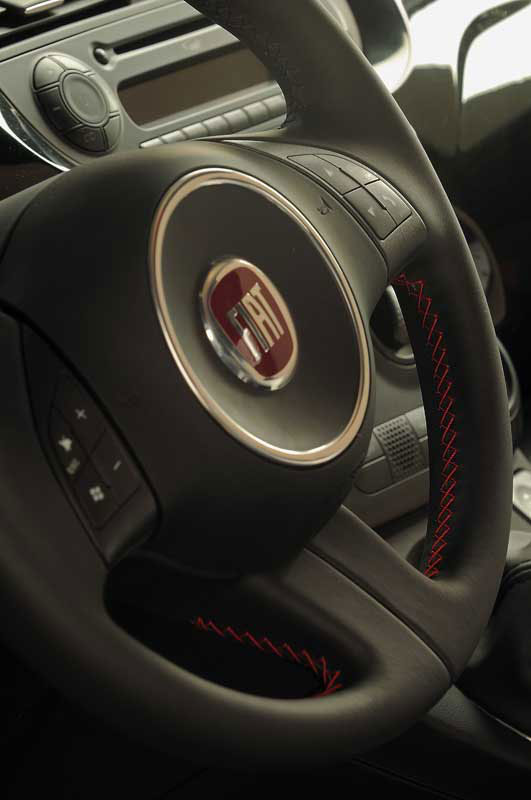