The Nissan Micra managed to establish the Nissan brand in India quite effectively. The earlier attempts by the Teana and the X Trail proved too niche for the Indian market. As a result the brand was restricted to the cities and that too for people with deep pockets. The Micra made the Nissan brand available for the masses. 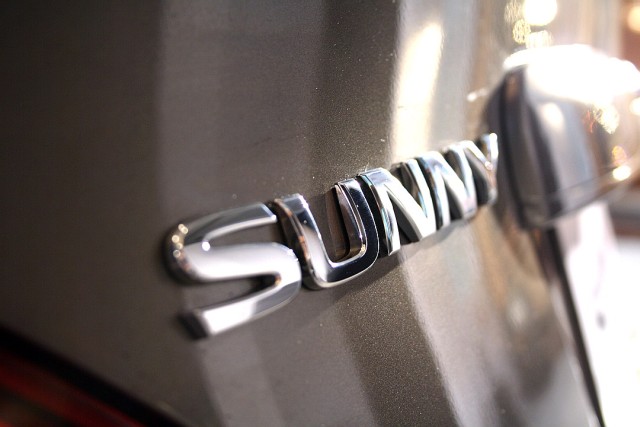 Sure, the hatchback was comparatively overpriced with respect to its competitors. But the quirky looks and interesting features kept the customers walking into the showrooms. The hatchback now has stabilized to around 1,500 units every month. Having said that, the competitors such as the Swift, Polo and i20 are selling much more! An interesting point to note is 80% of the Micras sold in India are diesel variants. When such is the case, we found Nissan's strategy to bring the petrol first quite confusing.

Nissan India has decided to have a second go at the Indian market. With more than 15 competing products in the hatchback market, launching another hatchback product would have been futile. Hence Nissan went on to the next stage, they decided to launch a sedan for the masses for the first time in India. Clearly, the weapon of choice was the Nissan Sunny (Versa) because it is a successful global product that can be easily customized for the Indian Market.

On August 3rd, Nissan announced that it will launch the global sedan in India and will name it Sunny. The word “Sunny” according to Nissan depicts sun god which also means good beginning in the morning (surya namaskar). IndianAutosBlog was the first publication that brought you the live images from the press conference. But 20th September - the judgment day for Nissan Sunny is drawing closer and closer. So we were invited to put the Sunny through its paces and see what’s what?

How is the exterior design of the Nissan Sunny?

The first word that comes to your mind when you see the Sunny is ‘Bulbous’. The Sunny is based on the same ‘V’ platform as the Micra but is 90 mm longer than the Micra and the wheelbase is also longer than the Micra by 150 mm. If I had to compare the design with an another car, I would say it kind off looks like the Swift Dzire. But unlike the Swift Dzire which is a Swift with a boot, Nissan has taken great efforts to comprehensively re-style the car so there are no traces of Micra externally.

The front features a swept back design with the headlamps entering the front fender. The V shaped grill with chrome surrounds and a huge Nissan badge reminds you that this car is built on the ‘V’ platform. The front is not aggressive or sporty like the Fiesta or the Verna but is conservative and restrained. Sure, it suffers from lack of specific design characteristics but will definitely appeal to the target audience which is of age 30 and above.

The rear of the Sunny reminds us of the Nissan Teana. However, where the Teana’s tail lamps are restricted to the rear, the Sunny’s lamps protrude into the side profile of the car. The Sunny does not have massive chrome stripes on the boot lid like the Etios.

Overall, the design is vanilla but mature and will be appreciated by the target audience. It does not standout in the parking lot but as we will find out later in the review that it is about function and not fashion.

What is it like to sit in the Nissan Sunny?

The interiors of the car are light beige so the cabin feels very airy and roomy. The steering wheel is also lifted from the Micra but has a circular center horn instead of the Micra’s spoke horn. This change has been done to insert the steering mounted audio control. The steering wheel can be adjusted according to the driver’s preference.

The rear is the real party piece of the car. Surprisingly, the rear has massive amount of space even for a 6+ footer. An average person can cross his legs and sit comfortably in the back when the front seats are pulled way back. There is little thigh support for rear passenger and the sloping roofline does not eat into the headroom.

There are vents for the rear passenger that suck air from the front compartment and blow it in the rear one. Note: these are NOT aircon vents. The fan speed of these vents can be adjusted manually using a knob below the vents. However, the second level of fan speed is very noisy.

Overall, the car is pretty practical from inside with huge space and comfortable ergonomics. A few things that we missed are USB support, leather seats and Bluetooth connectivity

How is it to drive the Nissan Sunny?

The Nissan Sunny is available in a petrol engine. It is a 1.5-litre petrol mill HR15DE engine that produces a maximum power of 100PS at 6,000rpm and a peak torque of 134Nm at 4000rpm. The engine is mated to the same 5 speed gearbox as the Micra but the gear ratios are different.

The initial power delivery is good but the mid range is a bit empty. The engine doesn’t not like to be revved very much and hitting the red line takes some effort and patience. The Sunny gets to 100km/hr quickly and from then struggles to reach 140 km/hr and doesn’t liked to be pushed beyond further. The major grudge is the gearbox which is not very shift happy. The gates are wide and there is a lot of transmission whine that filters in the cabin.

The Electronic Power Steering is a boon to drive in city traffic and does its job very well till 100-120 km/hr. From there, feedback is hard to come by and it doesn’t weigh in to give you confidence. There is a substantially hint of body roll in corners because of the suspension set up. The brakes could do with a little more feel.

Although the suspension set is on the softer side, much of bumps and potholes are filtered in. There is a lot of engine noise when you crack the ton barrier.

To sum it up, the Nissan Sunny is primarily a city driven car with limited highway creds. As long as you keep the car below 120 km/hr, you will not have any complaints.

What is the fuel economy?

The Nissan Sunny is going to be targets towards the masses so fuel economy is a major concern. The Sunny for now is powered only by a petrol engine which has a decent ARAI certified figure of 15.95kmpl. The astonishing fact is that even with 4 adults and the boot loaded with luggage, we managed to tick 14 kmpl. Hopefully the diesel will be launched soon with even better fuel economy.

What are the safety features?

Nissan India has given due importance to safety with driver side Airbags, ABS, EBD and Brake assist as standard. Front passenger airbags and speed sensing locks are available in higher models. Being a global product, it complies to many international safety standards that are much higher than Indian ones.

There are a few things that you may not like:

The Nissan Sunny is a worthy contender in the B+/C segment sedan market. It boasts of utmost practicality and exudes quality in the fit and finish department. One really has to think hard to find faults in the product. Yes, the drivability suffers at high speeds but as a city car it quite nearly perfect as its foundation is on the Micra, one of the world's best city cars. As a product, Nissan India has learned enough about the market and has covered all the possible factors. The lack of diesel may hurt sales but it is definitely in the pipeline.

The pricing strategy will be of utmost important that will make or break this product. The pricing will also demonstrate Nissan commitments towards the India market. We hope Nissan India has learned enough from the Micra and prices it aggressively.

What do you think: Will the Sun Shine?