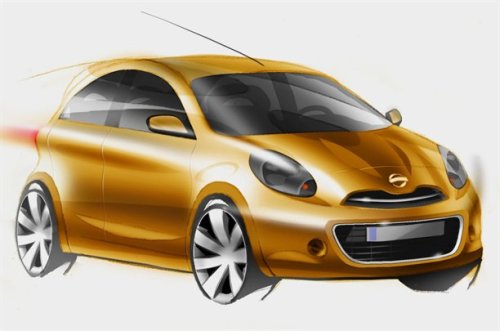 Reports claim Nissan India will soon begin trial production of the much awaited next generation Nissan Micra in its Chennai plant. The Micra will be produced for domestic and international customers starting May 2010, employing about 1,500 people.

Reports claim Nissan plans to produce about 30 units in the trial run next month.

According to Nissan Motor India spokesperson, the Micra hatchback is based on the global compact car platform and will debut in the Geneva motor show in March 2010. Nissan would follow the Micra up with a sedan using its platform and later on, a MPV as well.

The factory, which is currently under construction, will be able to produce 200,000 units annually when complete. Cars built here will be put on a ship that sails to the European markets and UK.

Another piece of information about this project is that Unipress, Tenneco Exhaust India and Tacle India are going to be some of the suppliers for the Nissan small car project.