Ford has quite literally surprised spectators at the 2015 NAIAS (2015 Detroit Auto Show) with the reveal of the new Ford GT. Reviving the iconic nameplate, Ford says that it will put the car to production in late-2016. 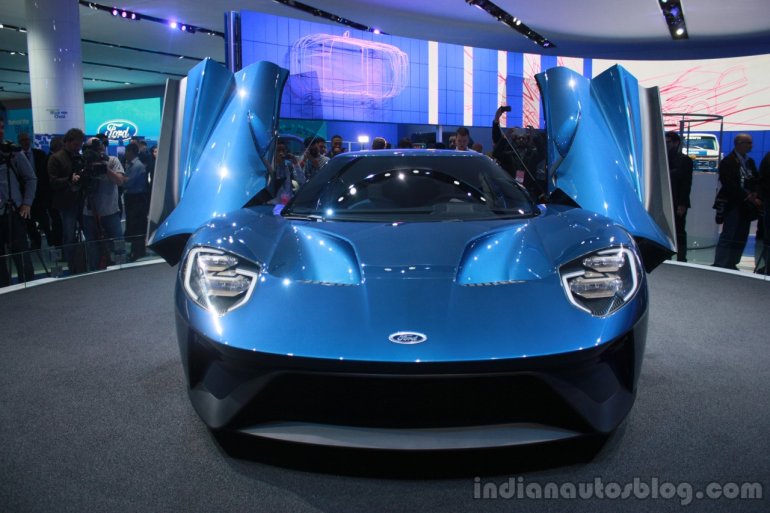 Power for the new GT comes from the most powerful production version of the EcoBoost unit: a 3.5-liter V6 twin-turbo capable of sending more than 600 bhp to the rear wheels. The engine is mid-mounted. 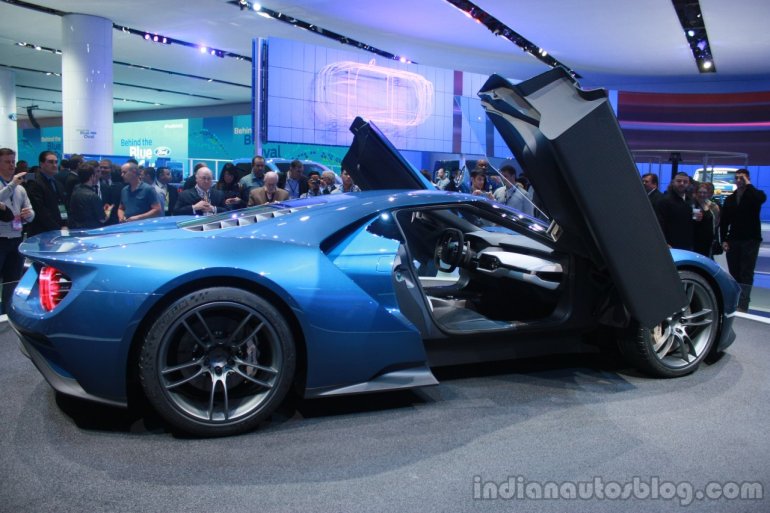 Ford says that the new GT will have one of the best power-to-weight ratio for a production car thanks to its lightweight body shell. The car is made from a mix of aluminium and carbon fiber: the GT features a carbon fiber passenger cell and aluminium front and rear subframes. 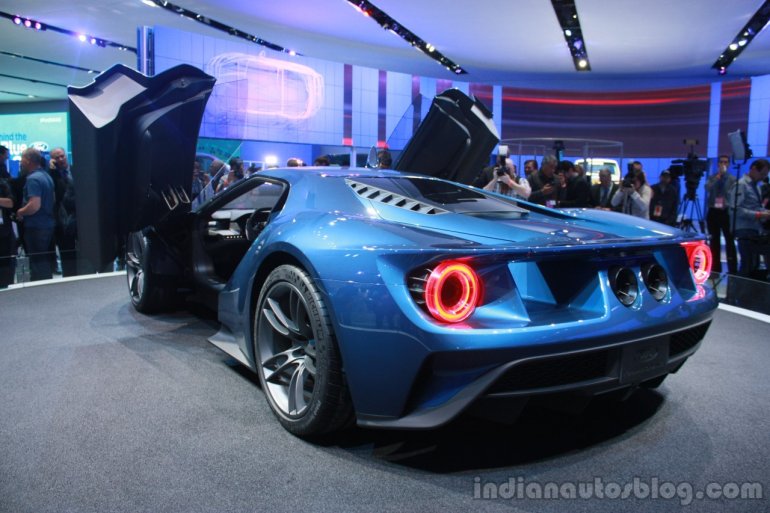 Aerodynamics plays a vital role and the new GT gets an active rear spoiler, and other active aerodynamic components to improve braking and handling performance. The car features an active racing-style torsion bar and pushrod suspension with adjustable ride height. The new GT gets 20-inch wheels shod with Michelin Pilot Super Sport Cup 2 tires with a special compound designed exclusively for the GT. Carbon ceramic brake discs all around complete the package.

Further details are available in the press release below the gallery.