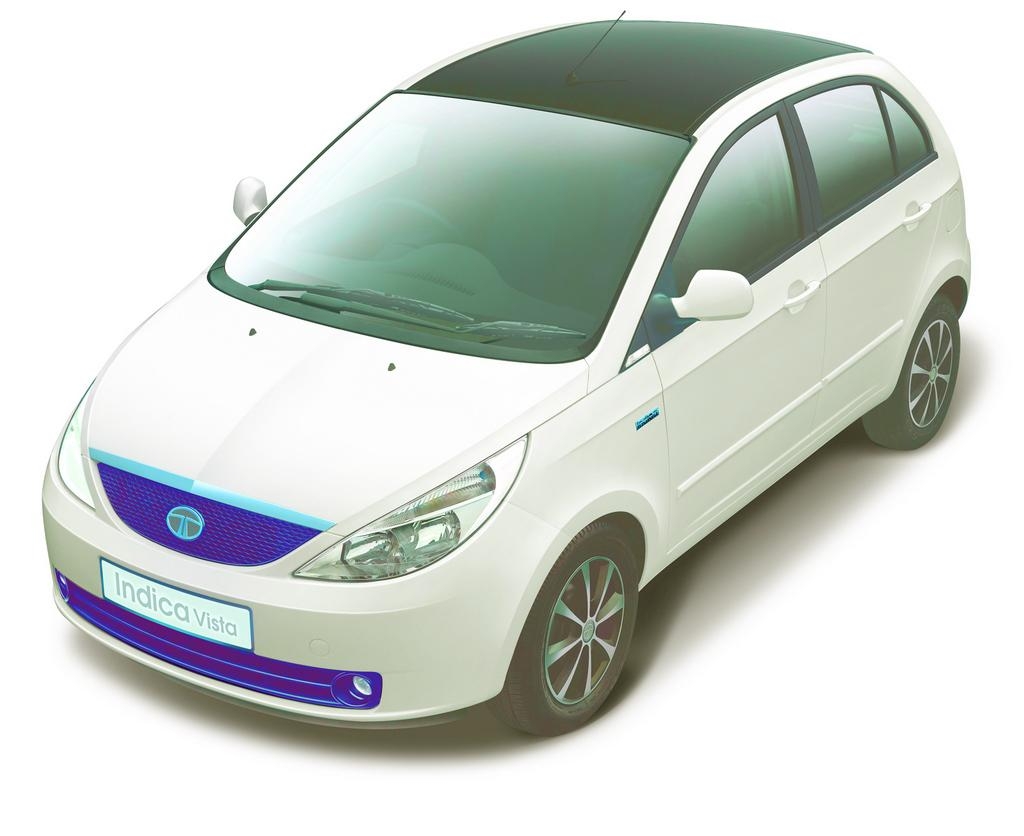 It's hardly been a day since we spoke about special editions and why Maruti is refraining from launching a special edition Swift and we have a reply. No, not from Maruti Suzuki, but from competitors Tata Motors.

The Tata Indica has been around for 10 years now, since its launch, back in 1998.  To mark this milestone Tata has announced a New Limited Edition Tata Indica Vista to be launched on December 30, 2008.

In the first decade, the company has sold 9.4 lakh Indicas of the 1.2 million overall Indica platform vehicles sold, which means that 78% of all Tata cars sold are Indicas ! Indica has been a bestseller in the making finding a place in the top three selling list of cars for most of the years.

Tata Motors celebrates the 10th anniversary of the launch of the Indica on December 30, 2008. To mark this milestone, a 10th Anniversary Limited Edition Indica Vista is being launched.

The car comes with an all new colour combination – Porcelain White with a Black roof. The exteriors wear alloy wheels, gold finished grill garnish, golden emblems & mascots and a specially designed number plate. The interiors have a more premium look and incorporate a new integrated music system, new seat fabrics in a double stitched pattern and subtle touches all around.

In the first decade, close to 940,000 Indicas have been produced and the platform has spawned off close to 1.2 million vehicles. The Indica has remained a bestseller throughout in the industry figuring in the top 3 selling list of cars for most of the years. It achieved a peak sale of 144,690 in 2006-07 and the new generation Indica Vista was launched in August this year to a continuing pull even in today’s depressed market conditions.