Ford has revealed the new Focus in Thailand today for the ASEAN region. The market introduction takes place in the latter part of 2012. Power is derived from a 1.6L engine that can produce 125PS or a 2-liter petrol engine producing 170PS depending on the variant level. 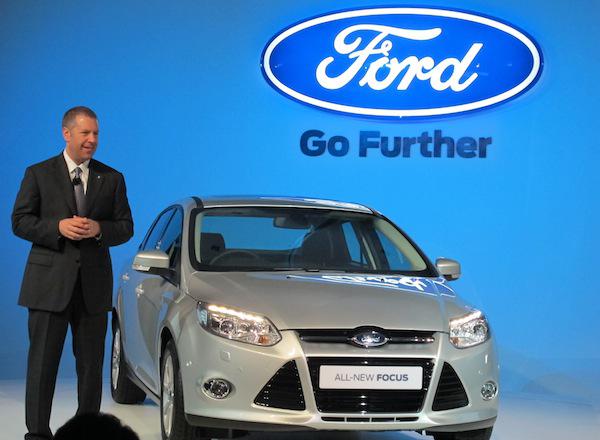 The Focus is richly equipped with features like the Active Park Assist, Active City Stop (collision detection system), Blind Spot Information System, Ford SYNC and Smart Keyless Entry with Power Start. Some of these features are available on the Fiesta overseas. Ford has been selling the third generation Focus in Europe and America for two years now.

Ford assembles the Endeavour (Everest in other countries) in India through a CKD business model. The kits are packed and shipped from Thailand. Likewise the Ford Focus will be manufactured at Ford's new USD450 million plant in Rayong, Thailand.  Kits from Thailand could begin reaching the Chennai plant next year, or to the Sanand plant in the next couple of years for assembly and distribution to the domestic markets.

A top Ford official told IndianAutosBlog.com that top hats on the B-, C- and CD-Platforms make up the eight products reaching India by mid-decade.