Have you watched the latest Ford EcoSport TVC from Mexico?

Ford is taking its EcoSport across Latin American markets, and it was made available recently is Mexico. Two variants were launched (SE and Titanium), priced at 11.45 lakh rupees and 13.25 lakh rupees respectively.

The TV commercial aired in Mexico portrays the EcoSport going about life in its natural ecosystem - the urban jungle.

In Brazil recently, Ford launched a 4WD system and an automatic transmission variant. These variants were shown at the Sao Paulo Auto Show late last year. 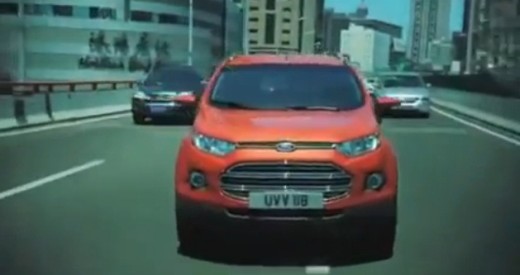 The EcoSport will be launched in over 100 markets globally and Ford's factory in Chennai is going to take production responsibilities for a significant number of these countries. Ford India is not ready to discuss launch dates or production dates, we reckon an announcement will be made in the next two months...we just reckon.

Ford is currently manufacturing the EcoSport in China and Brazil with India and Thailand set to follow.