Force India not to test until March 2009 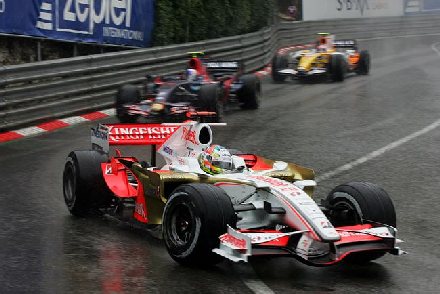 While most teams are in the process and development of their all new cars for the 2009 season, Force India will not be testing until March, it has emerged. F1 test action will resume in mid January, but Force India will not get back up to speed which is sad news frankly as this team does need to improve a lot.

Following the Silverstone based team’s Barcelona outing in November, the outfit was not seen again, as designers turned their attention to the new McLaren-Mercedes collaboration for 2009. Force India will next year benefit from extensive McLaren input, including the powertrain, gearbox, hydraulics, KERS and even chassis components.

So, the car is another Mclaren literally with most components shared.

The team’s German driver Adrian Sutil is disappointed with the situation- “But I can’t change it,” he told F1’s official website. “And if I’m honest, it’s better to start in March with a good car than to test in February with a bad one.”