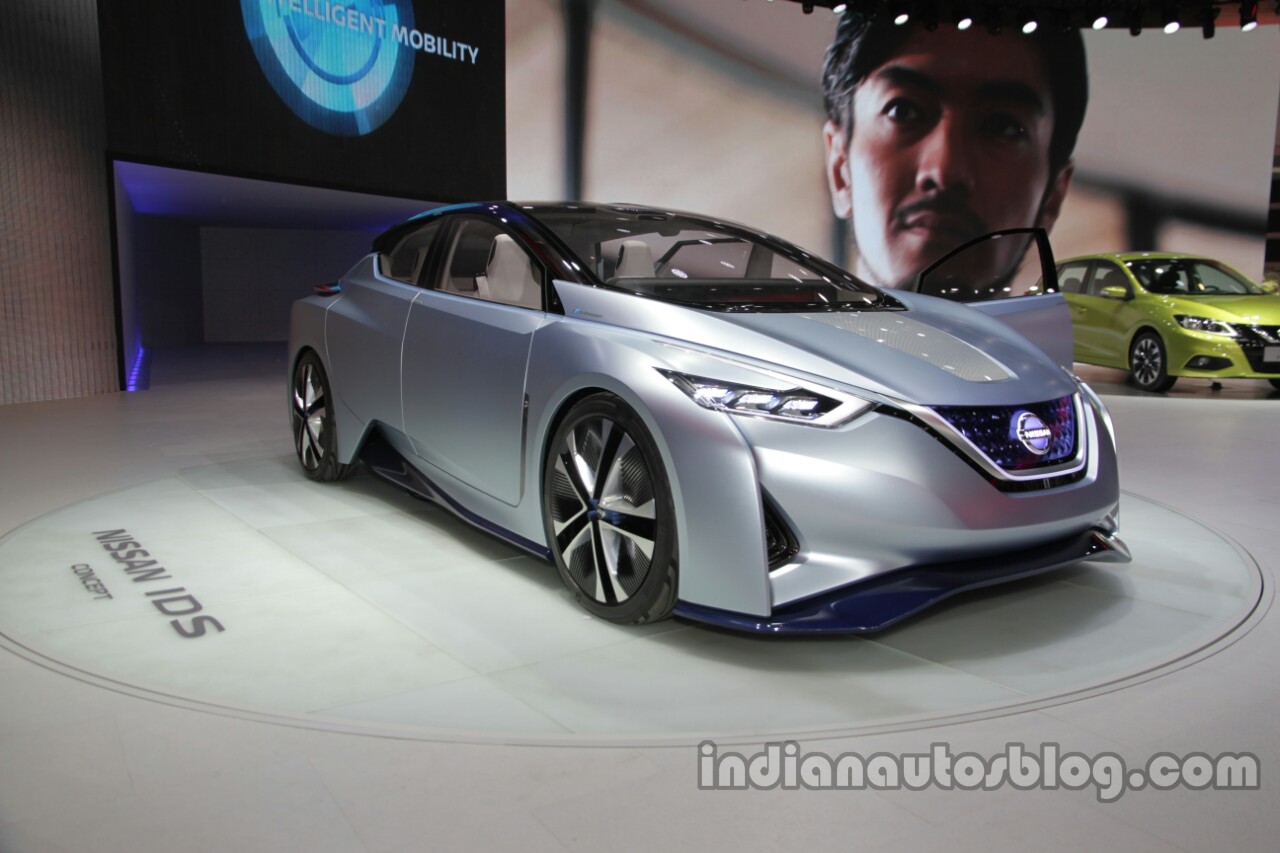 The Nissan IDS Concept previews Nissan's advancements in EV and autonomous driving technologies. Autonomous technologies are often criticised of being too robotic, but the IDS Concept is rather adaptive. From accelerating to braking to cornering, the car imitates the driver's own style and preferences. The interior differs for the two driving modes: Piloted Drive and Manual Drive. On selecting Piloted Drive (autonomous driving), the cabin becomes more spacious; the steering wheel recedes into the centre of the instrument panel and a large flat screen comes out. Nissan plans to equip autonomous drive technology on multiple vehicles by 2020. The Chery FV2030 Concept is a design study which will shape the future Chery vehicles. Chery calls its design language "Life in Motion". The concept gets gullwing door, 3D holographic screen and pilotless technology. The Toyota Ranz RF-EA1 is a four-door coupe concept from the Ranz sub-brand of the FAW-Toyota joint venture. There hasn't been a single production vehicle launched under the Ranz brand since its formulation in 2013. Toyota hasn't released any details about the RF-EA1 concept or its production plans.