Launched in 2009, the current generation Toyota Land Cruiser Prado is yet to go through a lifecycle change. In fact, except for a suspension update, the SUV, optically, continues untouched. 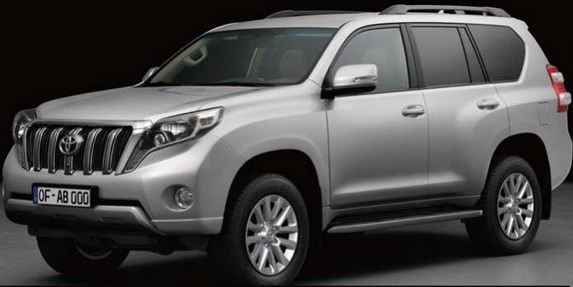 Clublexus.com reports that the Toyota Land Cruiser Prado and its premium sibling Lexus GX are heading for a mid-life facelift. The website also presents the pictures of the Prado facelift and what look like leaked patent filing sketches of the updated GX.

The 2014 Toyota Prado gets new high-mounted headlamps, revised grill and a completely new bumper. The profile of the car is undisturbed while the rear fascia is characterized by reworked taillight elements. The license plate enclosure and bumper get reprofiled.

The interior is expected with a few changes as well. The instrument panel and the centre console could be new.

The changes to the front of the 2014 Lexus GX is even more comprehensive as the SUV gets a new front grill that has become the signature of the marque.

The side and rear of the car look more or less the same except for the changes in the position of the light reflectors. 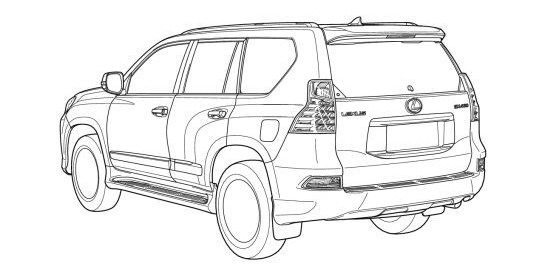 Both cars are likely to continue with their existing powertrain options. The Prado is powered either by a 278hp 4.0 litre V6 VVT-i petrol motor or a 188bhp 3.0 litre D-4D diesel engine. The Lexus GX comes with a 4.6 litre V8 engine that generates 301bhp. A 6-speed manual or a 5-speed automatic gearbox are the transmission choices.