Toyota has dropped the curtain on its new Fortuner (SW4 in some markets) for the Thailand market. The cosmetically reworked Fortuner could make it to the Delhi Auto Expo in January 2012. This is not the next generation model as the underpinning, interior and most body panels are the same. The transmission has also been retained, the 3-liter CRDI engine produces 163hp/350 Nm on the updated edition. 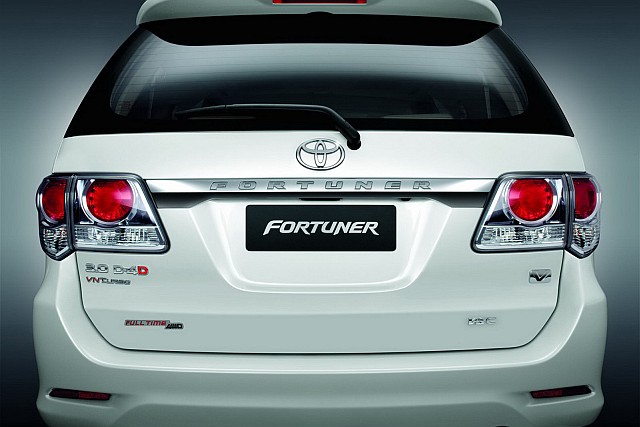 The idea behind the facelift is to give Fortuner a demeanor of a Land Cruiser or Land Cruiser Prado, its elder brothers. Toyota does not sell the Fortuner in North America and developed European countries. It is based on the platform that underpins Hilux pickup truck and Innova (IMV Platform). In India there is still a huge demand for Fortuner despite the arrival of a BMW in its territory. As the Fortuner is doing well, the Indian management said there is no immediate need for a new vehicle.

Chrome slabs replace the brushed aluminum radiator grille
Fog lamp size has not changed but position and housing is different
Scuff plate lowered to under the bumper
Bonnet scoop features three vertical pillars instead of the current two
Pacman-type headlamp substituted by a Prado-style design
Taller and wider headlights feature washers, which is absent in the Indian Fortuner
Bumper now C-shaped and hugs the body closer

Will Toyota introduce an Automatic transmission on the Fortuner facelift next year in India?