Photographs of Seat’s new Toledo sedan have been leaked. 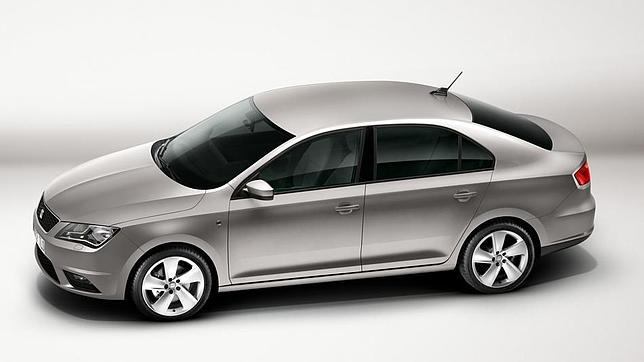 The Toledo is a rebadged European Skoda Rapid. The Volkswagen group has been known to rebadge cars to price products well and to give customers of a partner brand the option of buying its cars. The VW Up! turned into the Skoda Citigo and Seat Mii, and now it will happen with the Rapid, though it remains to be seen if Volkswagen will sell it under its own brand in Europe.

The photographs give us a glimpse of what the interiors of the new Rapid could look like as Skoda is yet to reveal the Euro Rapid officially. 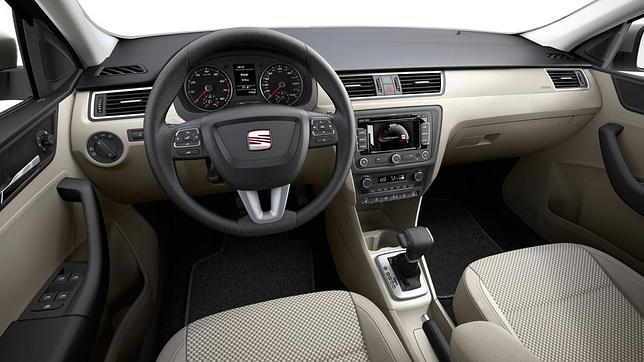 The layout is very clean and simple, something we have grown used to on current VW group cars. The dual tone dashboard presented in dark grey and light beige creates a very soothing contrast. The AC vents get a silver border, so do the door pads trims.

Two cup holders are provided below the center console which houses the audio system and the climate control unit. A central arm rest is provided even for the front seat occupants.

The chunky steering is a three spoke design that is equipped with multi-functionality. Switchgear is again from familiar territory as it is carried over from earlier models. 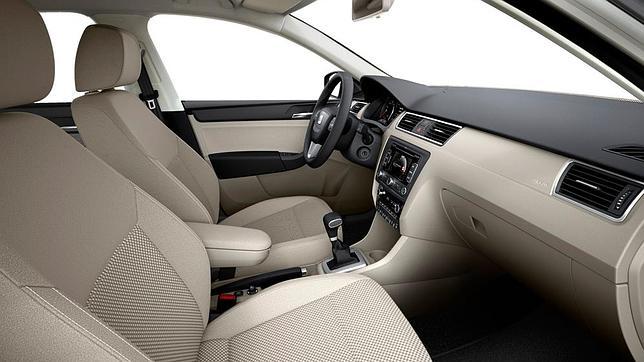 Skoda designers might think of replacing the grey panels with a brown or a darker beige color for the Rapid.

The European Skoda Rapid alongside the Seat Toledo should be revealed at the Paris Motor show and we will definitely get you all the details. Stay tuned!