McLaren introduced a unique McLaren 720S designed by the McLaren Special Operations at the 2017 Dubai Motor Show earlier this month. The MSO Bespoke McLaren 720S was destined to a customer via McLaren Dubai. 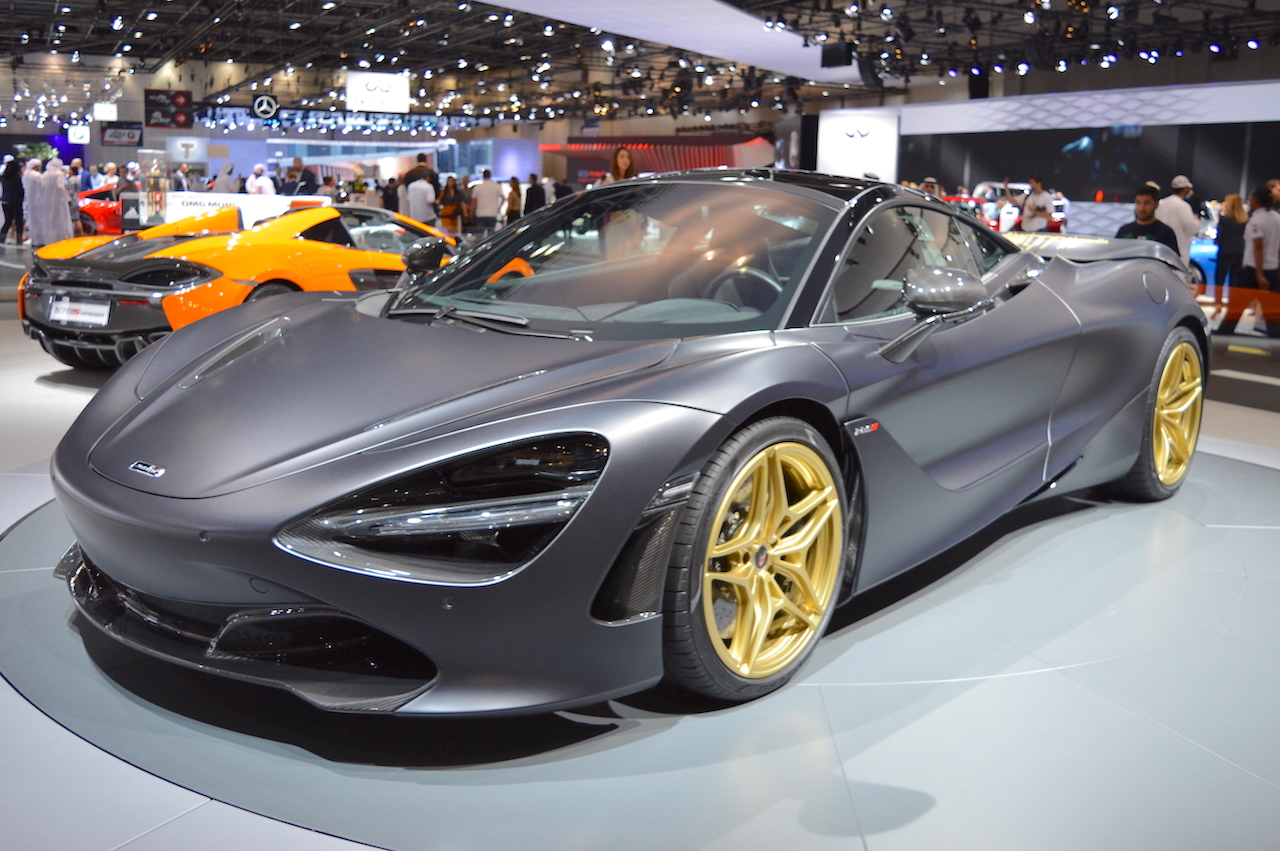 The MSO bespoke McLaren 720S was created with the theme of ‘achievement’ in mind. It pays tribute to the UAE and the Middle East region in whole, which are significant to McLaren in terms of its client base as well as the shareholder support.

The MSO Bespoke McLaren 720S features MSO-designed satin finish black paintwork and gold-coloured wheels and interior components. Its rear wing’s upper portion has a famous Bruce McLaren quote, painted in gold Arabic script in a font style that echoes the Dubai skyline. Based on the McLaren 720S Performance, the bespoke model gets carbon fibre exterior upgrade packs for the front splitter and air intakes, rear bumper and roof panel. Its rear diffuser is also made out of carbon fibre. The ORVM arms, rear aero bridge and deck and engine covers are all from the MSO Defined carbon fibre component range.