14th July was when Ford launched the all new Fiesta in India and in since then Ford has received a little over 1,000 bookings for the car. This is neither segment first nor groundbreaking, keeping in mind the competitor cars sell many thousand units a month. The new Fluidic Verna, the VW Vento and the price cut Honda City are clocking much higher numbers. The Verna accumulated 20,000 bookings within weeks of launch and the City, after a price slash, fought back to claim the territory leadership. 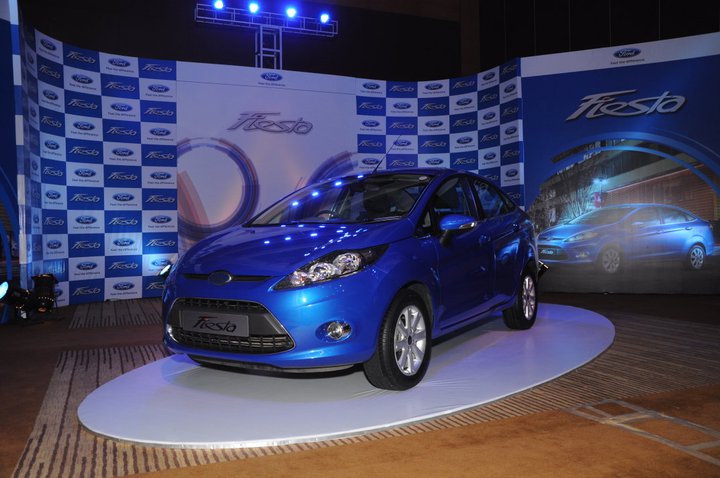 However there are obvious reasons for the dull sales figures. The Fiesta is priced well over the competition and the top end variant cost over 12 lac rupees on road. Let’s not forget that the Ford offers some segment firsts like Voice Controls and Retractable ORVM’s but the common belief is the Fiesta brand can't demand more than a City or the German Vento.

Although a 1,000 bookings might not sound like a big number, the consolation is much of the booking is for the top-end models (Titanium and Titanium+). The course of action is not clear at this point, but sales of cars picks up during the festival season. For 2012, Ford can think of AT variant and rework the prices by deleting certain features and repositioning the variants. Bringing down the price could keep the Fiesta close to its competitors. The Fiesta is a driver's delight. The diesel variant has many young buyers falling in love with it after a test drive.

The response towards the new Fiesta has influenced Ford to bring in more new products into the Indian market and he rumor is that the Fiesta hatchback, a mini SUV, new Ford Focus and the next generation Endeavour are in the pipeline.