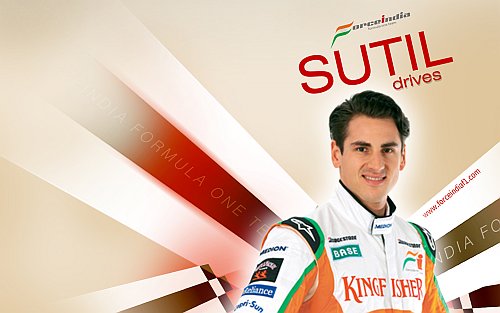 Force India driver Adrian Sutil says preparation for the 2010 season in his camp is looking very good. Force India, which stepped up in the second half of the 2009 season, almost winning a race, is using all the experience gained in the last two years in F1 to make 2010 a profitable one.

Sutil will be out of action in the first test at Valencia. His first brush with the new VJM03 will be at Jerez from February 10-13. The F1 season kicks of with the Bahrain GP on the 14th of March.

Force India has probably been the team working with the least budget. This to Sutil will work wonders in 2010 as other teams need to adapt to competing with low resources. Sutil feels it will take time for others to get used to the reduced budget.

It feels very good to be a competitive team in F1. The 2009 season was one of the most important seasons for us. We were able to make a name for ourselves in F1 with constantly good performances and a few huge surprises. Now it's important to continue our good work and try to be even more competitive in 2010.

We will keep a close eye on Force India and Sutil's whereabouts. Going by Sutil's statements, 2010 will be Force India's best year in F1.