A fool with a tool is still a fool; Aveo bank robbers lock car with key inside

The old adage is very fitting in this situation - A fool with a tool is still a fool. 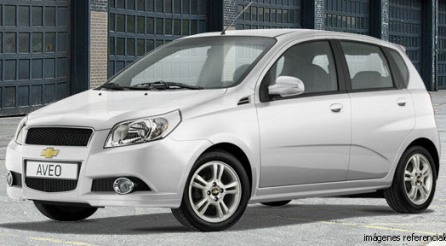 The Chevrolet Aveo hatchback (U-VA in India) is an intelligent car. OK, you don't get a lot of power or wheelspin. You get a basic hatchback with a lot of space and rear legroom. In short, this car fits the bill perfectly if you and your pals are seeking a getaway vehicle after committing a bank robbery.

But if you're going to use it (Aveo) for a getaway, hang onto your car keys after you rob that bank.

Neglecting that handy hint landed a gang of four robbers in the clink in the town of Bear, Delaware, yesterday, after one of them locked the keys to his Chevrolet Aveo in the bank they had just robbed.

Three men wearing wigs, along with one woman, entered the Artisans Bank yesterday morning just after 9 am. They fired a shot into the ceiling, tied up two employees with duct tape, and herded six others into a bathroom.

After forcing an employee to get money from the vault and teller drawers, they fled--leaving the car keys inside. Once they realized they couldn't get back inside, the female getaway driver pulled up in a Ford Escort and sped them away.

The police soon after tracked down the Ford Escort and arrested the convicts. Now they all are going to have a certain reunion sparked by a show stealing act. In jail.

Moral one of the story - Don't rob a bank

Source - John from the Car Connection