According to a new report from Autocar India, Ford India would be launching the 2013 Ford Fiesta facelift early next year.

Ford had introduced the comprehensively facelifted 2013 Fiesta (both the sedan and hatchback) at the 2012 Sao Paulo Motor Show in October last year. Since then, the updated car has gone on sale almost everywhere apart from India.

The 2013 Fiesta can be instantly recognized thanks to its Aston Martin like grille. The front and rear bumpers are all new as are the taillights. The headlights get a minor restyling which may not be immediately noticeable and Ford has also redone the hood/bonnet.

Inside, we notice that the center console gets a piano-black finish replacing the current model's silver accents. The design of the steering wheel has also been changed. Underneath the hood, the Fiesta is likely to continue with its current range of engines which includes the 1.5-liter petrol outputting 107bhp and 14.2kgm of torque and the 1.5-liter diesel producing 89bhp and 20.8kgm of torque. While the diesel gets a 5-speed manual, the petrol is available with Ford's 6-speed dual-clutch automatic apart from the manual. 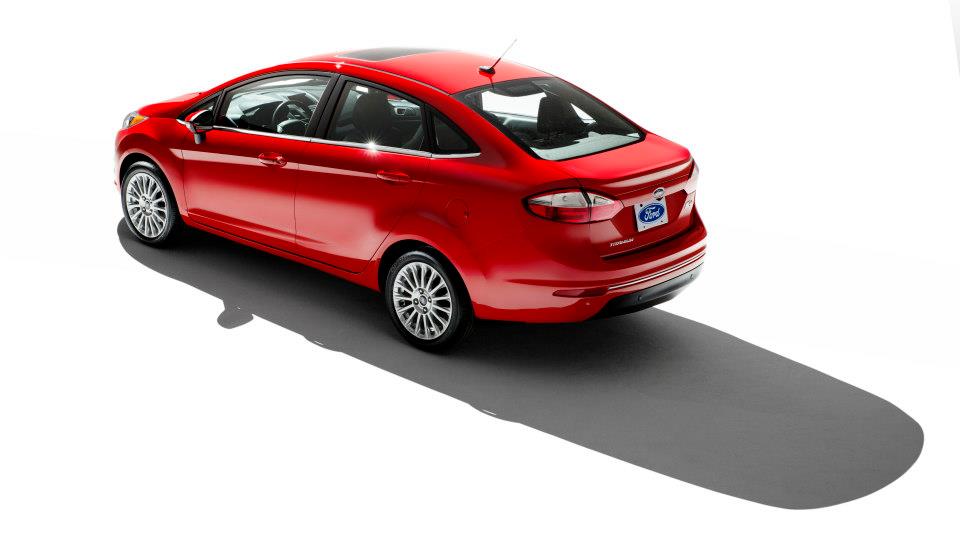 It is also reported that Ford would consider increasing the local content on the Fiesta to have a more competitive pricing, which is currently lacking on an otherwise mechanically sound car.

We would certainly expect Ford to show the updated Fiesta at the 2014 Auto Expo in February.