An early test mule of the next generation Ford Endeavour was spotted in Melbourne during road tests wearing the Territory's body shell this week. Serving as just a visual confirmation that the project is moving ahead, it left no clues on the styling.

A new leak from China has rearranged the first pieces of the jigsaw puzzle. As rolling prototypes don't have a complete production top hat, they are either using donor organs or are missing body parts.

Codenamed U375, production of the new Endeavour (known as the Everest everywhere else) will begin in China in early 2015. The ladder frame SUV rides on the new Ranger pickup's platform. It will be produced by the Jiangling-Ford JV in China with a 3.5-liter 'Puma' diesel engine that makes 225hp and 420Nm of peak torque.

The model seen in the photographs maybe a 'Body In White' (BIW) which is the shell of a car with a coat of primer. It is used for many pre-production purposes such as finalizing the press shop configuration and the stamping dies. Auto.163.com has improvised the spyshots by digitally rendering the missing design features into it. 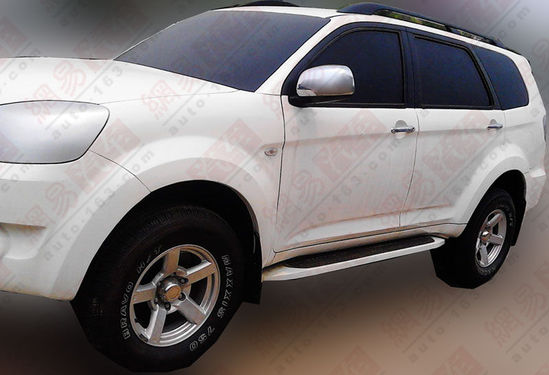 Ford India doesn't say if the new Endeavour is one of the eight launches announced for mid-decade. Meeting this deadline is a tough ask from where Ford is today, but replacements of the Figo, Classic, Fiesta and Endeavour have to come by mid-decade when these products reach the end of their lifecycles or extended lifecycles.

The Endeavour is running on its third facelift and has been on the market for 10 years. A redesigned model integrated with all of Ford's new generation technologies launched at a killer price can give the Fortuner some worries. Else, the Endeavour will be an also-ran.